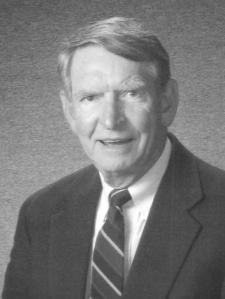 David Clark Cottrell, 88, of Danville, died Tuesday, September 27, 2022. He was born January 3, 1934, in Georgetown to the late John and Alta Wood Cottrell. He is a graduate of Georgetown High School, Georgetown College and earned his master’s degree at the University of Kentucky. At Georgetown College, he earned 11 letters while participating in basketball, track and tennis. As a senior “Stick” won the conference high jump, where he earned the nickname because of his tall, slender frame. Cottrell was chosen as “Most Athletic Senior” by his peers and was awarded the Johnson Memorial Athletic Trophy based on athletic, scholarship and leadership abilities. After graduation, he served in the U.S. Navy and twice was named to the “All Navy Basketball Team.” He was a teacher and head basketball coach at Danville High School for 15 years and led his teams to 18 tournament titles. He also was the tennis coach and produced regional singles and doubles champion, he also coached golf and track for two years. He worked as an assistant at Georgetown College before coming to Danville and retired in 1989 with a 348-150 career record. He was inducted into Halls of Fame at both Georgetown College and Danville High School. He played golf and tennis and has been an elder at First Christian Church in Danville. Stick was a licensed real estate salesman and broker for over 30 years and was a member of Coldwell Banker V.I.P. Realty’s Million Dollar and Multi-Million Dollar Clubs. In addition to his parents, he is predeceased by his sister, Jane Cottrell.
He is survived by his wife of 63 years, Edith Ann “Edie” Cottrell; his sons, Clark (Susan) Cottrell and Keith Cottrell; his grandchildren, Allyson Cottrell (Max) Steinfeld and David C. (Sarah) Cottrell III. Visitation will be Saturday, October 1, from 10 a.m. to 12 p.m. at First Christian Church, Danville, Ky., prior to the funeral service at 12 p.m. at First Christian Church. Rev. Colby Smith will officiate. Pallbearers will be Charles Grote, Les Letton, Donnie Leonard, Bill Harward, Don Lee, David Cottrell III, Bo Hawkins, and Mike Pittman. Honorary pallbearers will be Warren Nash, Hugh Hines, Nina Kirkland, Gerald Kelsey, Donald Holtzclaw, Don Turner, Donn Marston, Nick Dedman, and Bill Payne. Burial will follow in Bellevue Cemetery. Memorial donations are suggested to the Quest Farm, Georgetown, Ky. The online guestbook and our Hugs from Home cards are available at www.stithcares.com.