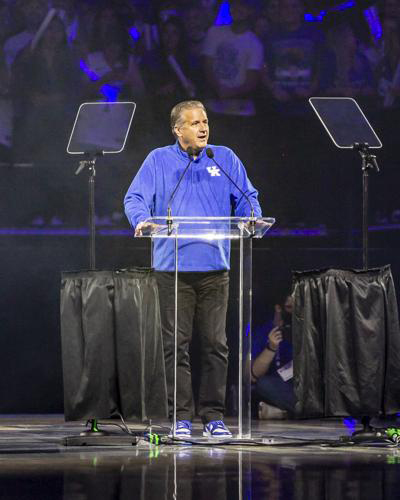 Tickets to Big Blue Madness were sold out online and on campus on Sunday. For the first time in three years, fans were given the opportunity to camp out and snatch tickets to the yearly event. Big Blue Madness is set for 7 p.m. on Oct. 14 at Rupp Arena and will be televised on the SEC Network.

“We had two practices and then I had to leave town, but I had a great time getting to spend some time with everyone at camp out yesterday,” Kentucky coach John Calipari said. “(I’m) so glad we re-introduced it and it will continue to grow in years to come. (I’m) looking forward to Madness — it will be a special one.”

The sale of Big Bkue Madness tickets is strongly discouraged by the UK Athletics Department and ticket holders should refrain from posting photots, in particular the barcode, on social media sites such as Facebook, Twitter and Instagram.

Safetix has been inplemented as an additional feature in mobile tickets in an effort to prevent fraud. The event will introduce the 2022-23 men’s and women’s basketball teams and will mark the 17th time the event has been held at Rupp Arena.