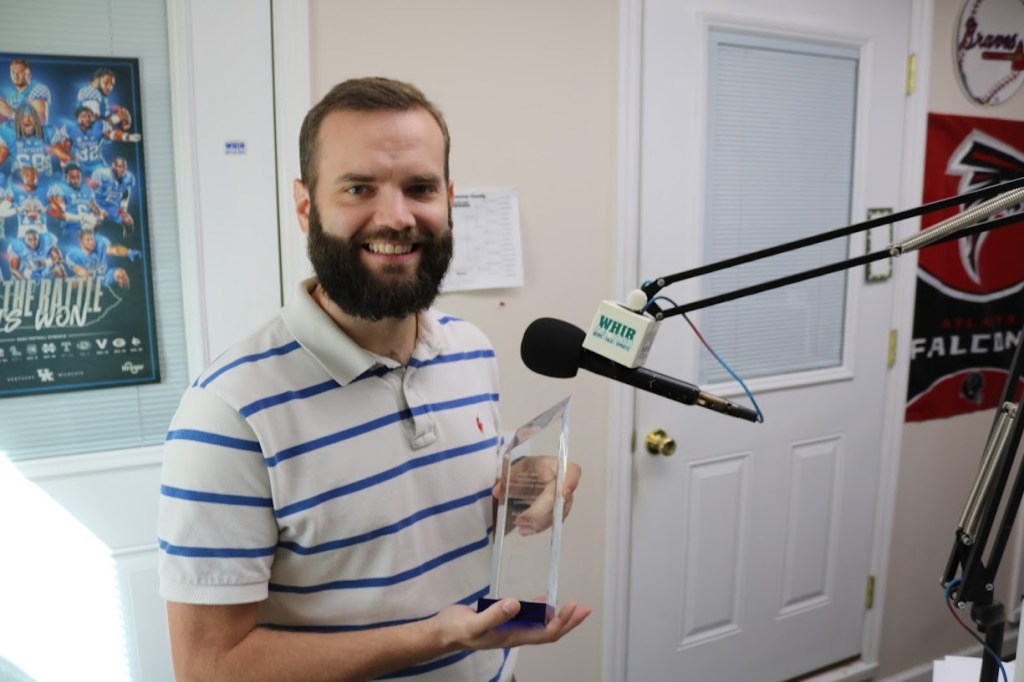 Joe Mathis of WHIR radio in Danville was the recipient of a Kentucky Broadcasters Association Excellence in Broadcasting Award for a spot he produced for McDonald’s. Photo by Lance Gaither

When Hometown Radio Network DJ Joe Mathis created an ad promoting the McDonald’s 2 for $6 deal, he had no idea it would be the ad that would win the Kentucky Broadcasters Association award for best locally produced commercial of the year.

“The more the I think about it, the cooler it gets,” Mathis said. “We are a small operation in a small town going up against big stations in Lexington and Louisville. It’s an amazing thing not just for me, but for everybody at the station to be proud of.”

The Kentucky Broadcasters Association Excellence in Broadcasting Awards were presented this week at the association’s annual meeting in Owensboro.

Mathis of WHIR radio in Danville, said he had no idea the ad would be as well received at is was. After coming up with an idea for the commercial, he created the award-winning spot in less than an hour. Support from his colleagues and co-workers, as well as the McDonald’s franchises he wrote the ad for have been key to his success.

“We have a great relationship with McDonald’s,” he said. “They trust we are gonna do a good job for them.”

Although he was not able to attend the ceremony, Mathis said his coworkers who were there sent him a video of the announcement that he won and he had several others call to congratulate him after he won.

The nomination for the award came from the station manager Robert Wagner, who also present and accepted the award on Mathis’ behalf. Wagner was inspired to nominate Mathis for the award based on feedback from people in the community telling him how much they enjoyed the spot.

“When the ad was playing, people kept commenting saying what a great ad it was and made it feel special,” Wagner said. “I knew there was a lot of tough competition, I was super excited for Joe’s hard work to be recognized.”