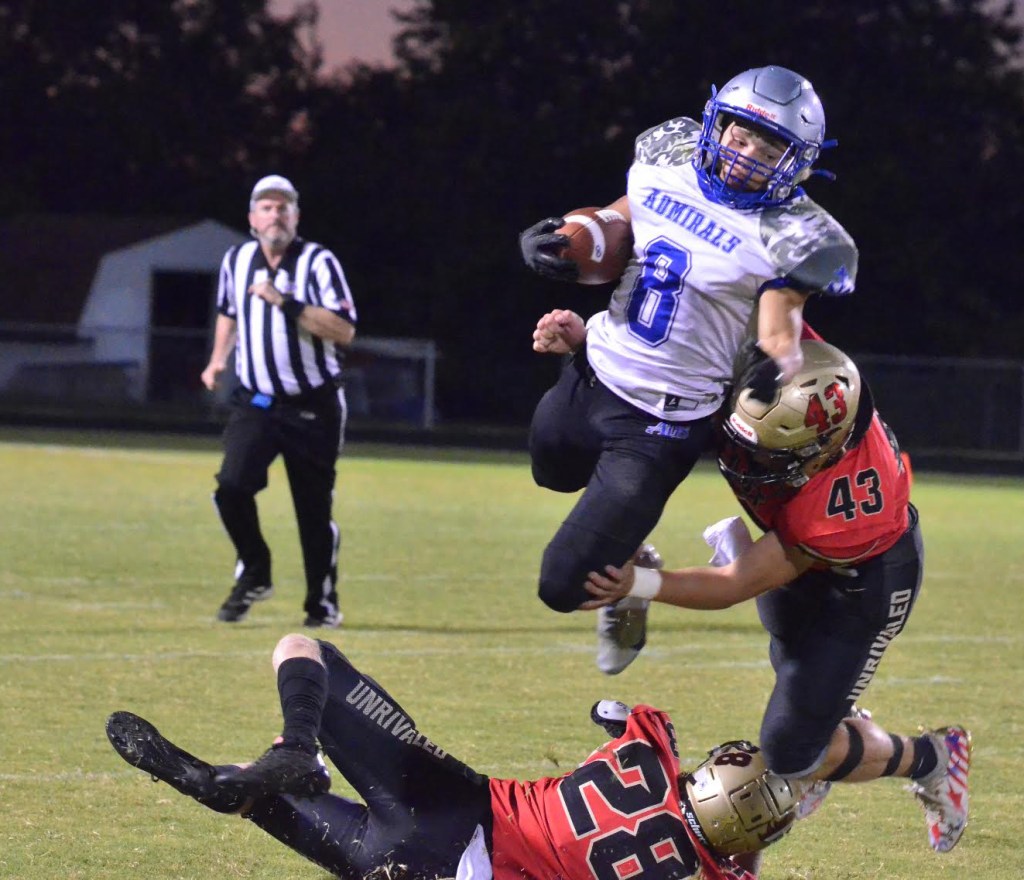 It all comes down to this.

Danville Coach Mark Peach said all of that has been to get ready for this: the three games over the next three Fridays that will determine the Admirals’ district seeding, beginning with Friday’s game against visiting Somerset.

A fresh start couldn’t come at a better time for Danville (2-4), which went 0-4 in September.

The Admirals’ District 2A-4 games pit them against the only Class 2A teams they’ll play in the regular season — every opponent to this point has been a bigger school — and Peach said he’s glad they’re finally getting to play some teams of similar size.

The first of those is Somerset (4-3) in the latest installment of a rivalry that was first played in 1909 and began in earnest 100 years ago.

Three years removed from a Class 2A championship, the Briar Jumpers are on the rise again after a very young team struggled to a 2-9 finish in 2021. Two of those losses were to Danville, the latter in the first round of the playoffs.

“We know that Somerset’s very much improved this year,” Peach said. “They’ve improved overall at a lot of different positions … not just any one particular area.”

The Jumpers’ best offensive weapon is running back Guy Bailey, a junior who rushed for 11 of their 20 offensive touchdowns last season and has 10 of their 21 TDs on offense this season, along with 656 yards.

“Everything runs through Guy Bailey. He does so much with their team,” Peach said.

That means stopping the run will be a priority for the Danville defense.

“That’s always the challenge,” Peach said. “Everybody wants to run the football; the challenge is ‘Can you stop the run?’ It’s going to be quite a challenge for us. He’s as good a running back as we’ll see all year.”

Somerset quarterback Josh Bruner has thrown for 432 yards and three touchdowns, and three receivers have at least 13 catches each.

Demauriah Brown will make his second straight start at quarterback for Danville after passing for 86 yards and rushing for 62 yards last week in the Admirals’ loss at Bullitt East.

Brown accounted for all but nine of Danville’s 157 offensive yards last week, and Peach said it will be important to get others more involved in the offense.

“We’re certainly trying to,” he said. “It’s going to take a total team effort for us — offense, defense and special teams — this week.”

The Admirals will be shorthanded this week, as three players will serve one-game suspensions after being ejected following an altercation in the Bullitt East game. In addition, the status of linebacker Elijah Kinley and running back-linebacker Jalen Dunn is in question after Kinley suffered a leg injury late in that game and was taken from the field on a cart and Dunn sat out with an injury.

Danville and Somerset have met in both the regular season and the postseason in each of the past five years. The Jumpers had won six straight games in the series before the Admirals’ two victories last season.

The teams first met in 1909 and began playing regularly in 1922, though skirmishes stopped the series for more than a decade on at least two occasions.

“It’s really a unique history of play between the two schools,” Peach said.