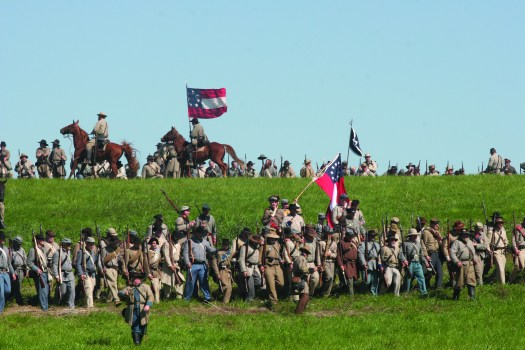 Perryville Battlefield will have over 1,000 reenactors at the civil war battle reenactment. Photo submitted. 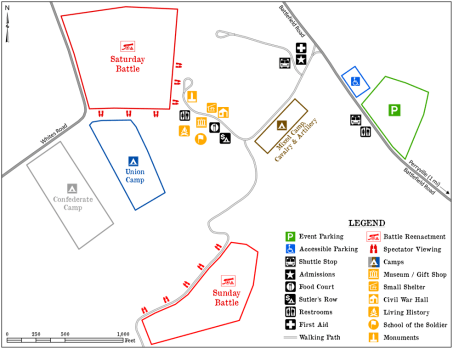 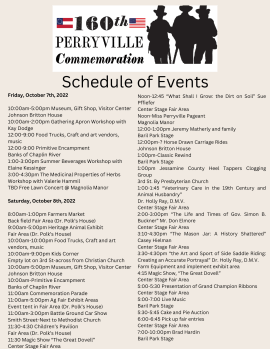 Perryville is welcoming thousands this weekend to a three-day celebration of Perryville Battlefield’s 160th anniversary.

Friday starts off downtown with a gathering aprons workshop at 10 a.m. with museums and gift shops open, and food trucks to open at noon. There will be craft and art vendors, music, a primitive encampment on the Chaplin River, beverage and herbs workshops, and a free lawn concert at Magnolia Manor.

Saturdays’ big downtown event is the parade at 11 a.m. on Main Street. Parts of Highway 68 and 150 will be temporarily closed at that time. Those traveling to the battlefield at that time should plan accordingly, Main Street Perryville Director Aly Huff said.

Saturday will also feature the Miss Perryville pageant at noon at Magnolia Manor; and the Jessamine County Heel Tappers Clogging group at 1 p.m. on Third Street.

The day is filled with other activities from 8 a.m. to 10 p.m. including an animal exhibit, farmers market, living history presentations, a magician, traveling museum, marionette puppeteer, and a classic agricultural fair where people can enter their prized goods. Categories range from quilts, jams, pies, and more.

Perryville Battlefield also has a busy schedule of events on Saturday. The site opens at 8 a.m. with events starting at 10 a.m. Events include School of the Soldier, which walks people through aspects of a soldier’s life; the African American Experience during the Civil War presentation; a performance about an abolitionist; a presentation of Abraham Lincoln, and other events.

Battle reenactments will be held both Saturday and Sunday at 2 p.m. Saturday’s battle shows Confederate General Maney’s attack on the Union left; and Sunday shows the Confederate left against Union right at Loomis Heights.

The Battle of Perryville was the largest battle in the state of Kentucky. During five hours of fighting, there were over 7,900 casualties.

While there have been annual celebrations in past years, the battlefield park has not had a major reenactment since 2016. Due to Covid-19, there was no reenactment for the last two years.

“Since we are having beautiful weather I expect a large crowd and since there has been no major reenactment since 2016,” Bush said.

To celebrate the special anniversary year, the battlefield’s museum will have new exhibits and artifacts on loan from local historical societies.

There is also a new exhibit on the 21st Wisconsin Infantry in the Cornfield at the Battle of Perryville.

Bush said the Friends of the Perryville Battlefield helped clean and stabilize the uniform of the Washington Artillery. The uniform and interpretive panels will be on display.

Sunday events include a period church service and memorial services at Confederate and Union monuments. To see a full schedule of Battlefield events and the reenactment map, click here.

Tickets for the Battlefield range from $15 to $20. The battlefield closes at 5 p.m. both days. 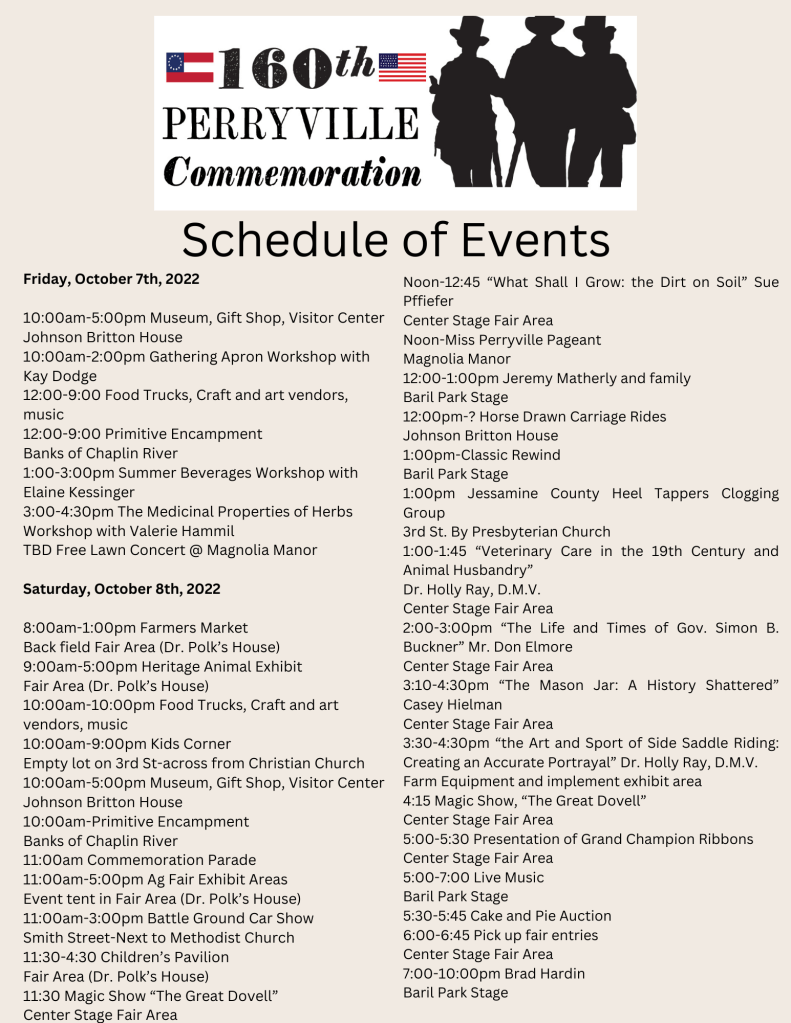 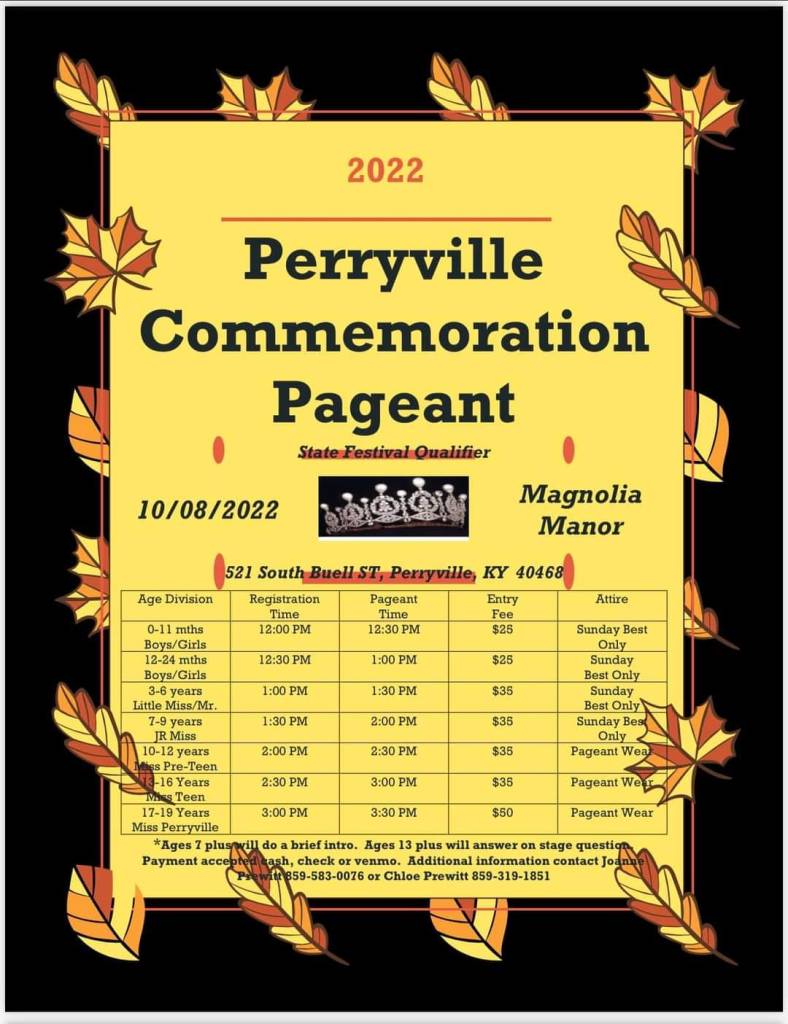 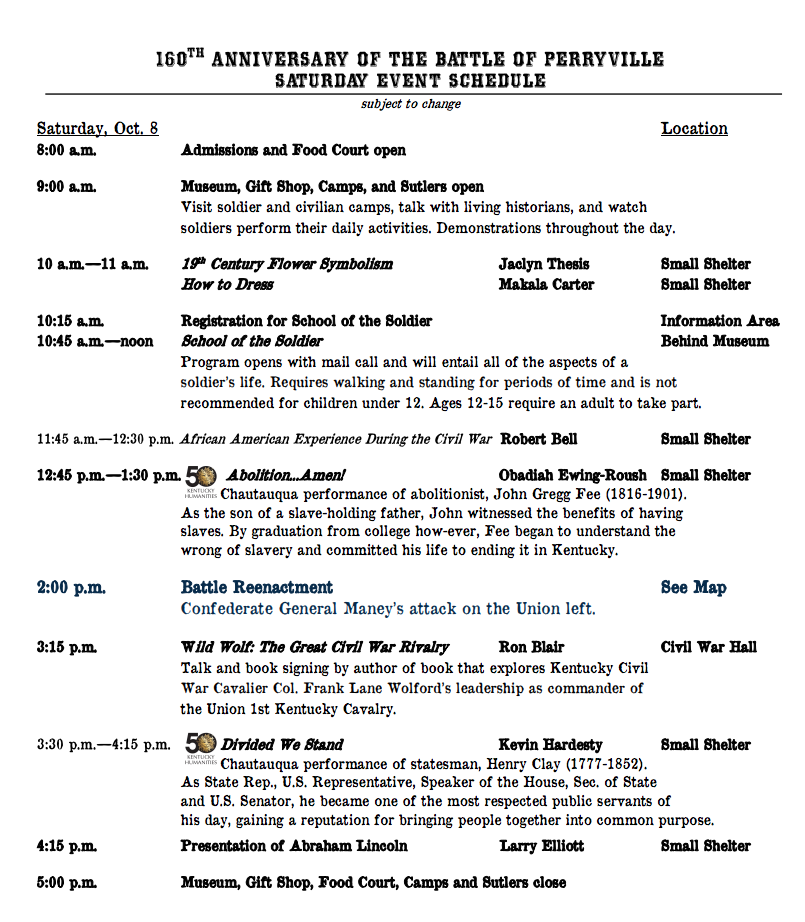 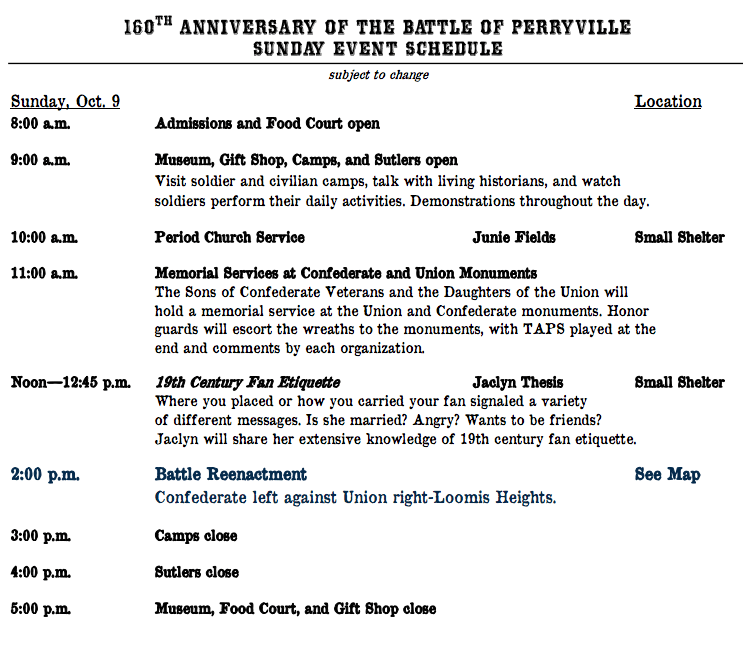 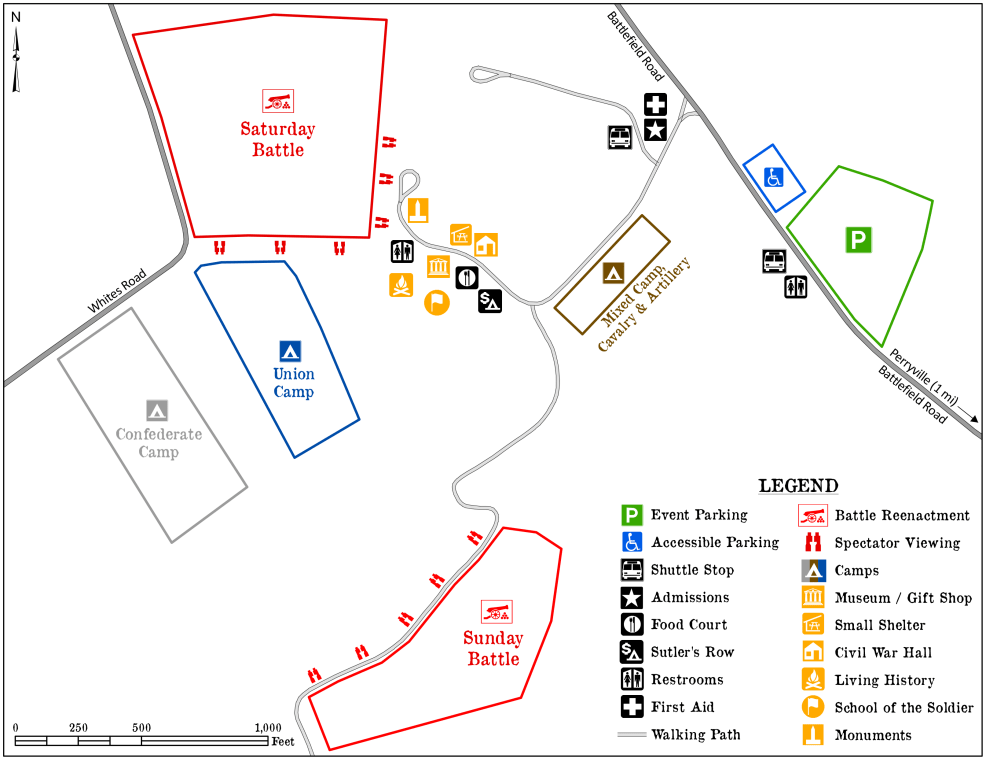