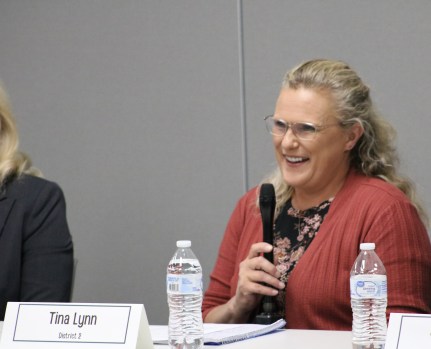 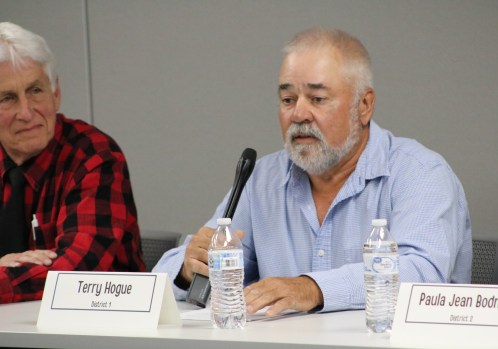 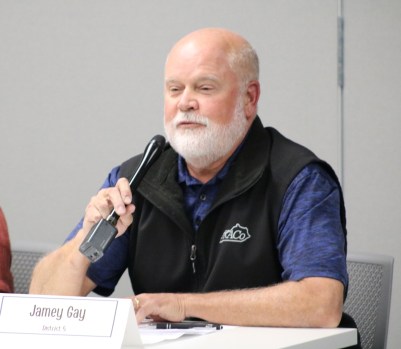 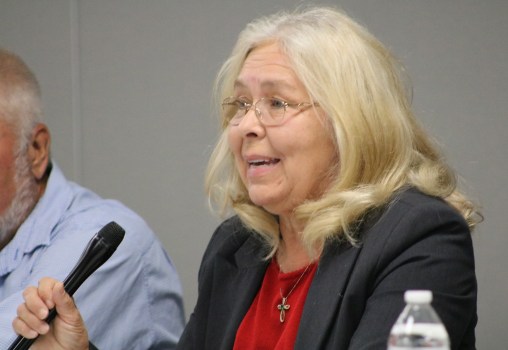 Candidates for magistrates in Districts 1, 2 and 5 gathered Tuesday at the UK-Boyle County Cooperative Extension office to discuss topics, such as childcare and county-wide alcohol sales.

Present for the discussion were District 1 incumbent Tom Ellis and his challenger Terry Hogue, Paula Jean Bodner and Tina Lynn who are both running in District 2 and  Jamey Gay who is the incumbent for District 5. The forum was organized by the Danville-Boyle County Chamber of Commerce.

On the subject of childcare, candidates were asked about the use of county funds to improve after-school programs in the county. This was in response to studies showing an increase in the number of single-parent and non-parent (such as grandparent) households.

“We have to be cheerleaders for those currently running these programs,” she said. “We have to encourage them to continue and advance it as they can.”

She also encouraged schools to utilize state funding to help their after-school programs.

Lynn also believes it is important to support existing programs, but said schools also could look to the community for childcare options. She suggested the use of churches as a solution for childcare issues in the county.

Gay said he believes the county could do more to spread awareness about existing after-school programs.

“We do have great resources in the community, we need to get continue to get the word out and help people utilize them,” he said. “We do need to continue to work to strengthen the family unit here in our small community.”

Ellis said he is against the idea of government playing are large role in child care.

“The community is part of the job, but I take great caution with the idea that government play the major role,” he said. “I think we are doing a pretty good job with after-school programs, but faith-based programs are essential as we care for those who might be more disenfranchised than others.”
Ellis’ challenger, Hogue, said he, too, is also against the idea of government intervening in childcare. He said that a stronger focus on family is necessary.

“How much does government need to step in?” he said. “A lot of it relies on family. We sure don’t need to move the family out of kids lives.”

The candidates were also asked their stance on a county wide wet/dry vote.

With the boom in the Kentucky alcohol industry, allowing sales of alcohol at places such as breweries or distilleries has the potential to further economic development. Lynn, Gay, Ellis and Bodner all supported a wet/dry vote for the county, while Hogue did not.

“I think it would benefit businesses all across the county,” Lynn said. “It would put them all on an even playing field and not limit alcohol sales to certain areas.”

Gay also is in favor of allowing county-wide alcohol sales, but went on to say he would support an effort to make the county smoke-free.

Ellis said that he supports the idea of county-wide sales, but that such a move would come with increased personal responsibility and harsher penalties for infractions such as DUIs. Bodner reasoned that since Danville, Perryville, and Junction City are wet, the rest of the county should be, as well.

Hogue rejected the notion of a county-wide vote, favoring decisions made at the district level. He noted that there are people throughout the county who don’t want alcohol sales in their districts and their voices should be heard, too.