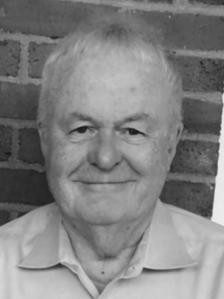 Robert (Bob) Earl Duncan, 80, Jeffersontown, passed away on November 5, 2022, at The Springs at Stoney Brook due to complications from Parkinson’s Disease.

Bob was born on December 2, 1941, in Blossburg, PA and grew up in Wellsboro, PA until his father was transferred to Danville, KY. Bob graduated from Danville High School in 1959. Upon graduating high school, he attended Kentucky Wesleyan College where he would meet his wife of 59 years, Doris Dovel Duncan. They were married in 1963, and lived in Jeffersontown, KY, raising their two daughters.

Bob worked at Kentucky Farm Bureau in their IT department, retiring after 35 years of service. He was a member at Jeffersontown Methodist Church, singing in the choir for 40 years and was a youth group leader. He was an avid UK fan and followed their NCAA performance every season. He also played bridge at the Louisville Bridge Club.

Following retirement, he and his wife enjoyed river cruising on the Delta Queen, American Queen, and Mississippi Queen paddle wheels. He was an avid golfer and found his dream retirement job at Midland Trail Golf Course. He also played the piano and loved to perform Scott Joplin’s The Entertainer and The Maple Leaf Rag.

He is preceded in death by his parents, Bob and Louis (VanValkner) Duncan, and son-in-law James “Jim” Bingham. He is survived by his wife Doris, daughters Anastasia Bingham and Cassandra Dunaway (Todd), 3 grandchildren, Max Bingham, Ben Bingham, and Blake Dunaway; and 2 step-grandchildren, Sydney Dunaway and Parker Dunaway.