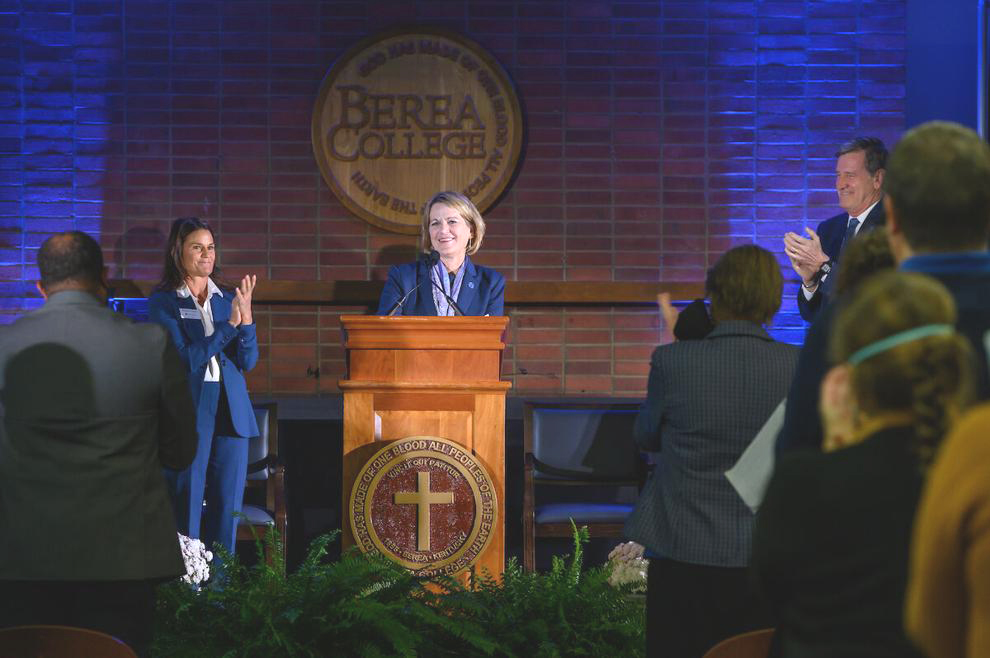 The Berea College Board of Trustees has named Dr. Cheryl L. Nixon as the 10th president of the Madison County school, Berea College, becoming the first woman to serve in that post in the institution’s 167-year history.

Nixon is currently provost and vice president for academic affairs at Fort Lewis College in Durango, Colorado. She previously served as associate provost, English department chair and graduate program director at the University of Massachusetts Boston.

After receiving a unanimous vote from the Berea College Board of Trustees on Saturday, Nixon said she was honored and humbled to be chosen.

“Berea is an inspirational model of what higher education can and should be. I share Berea’s focus on inclusive excellence, having dedicated my career to serving underserved students. I have worked in both rural and urban settings to provide opportunities to students who often do not see themselves within higher education. “

She also stressed the unique strengths of Berea College, stating, “Berea’s service to its students is grounded in the exhilarating values of the Great Commitments. Berea is a rare institution because it leads with its heart—it is not afraid to articulate courageous values. Add to that the Labor Program, which puts those values into action every day by taking pride in working together. There is no other college that connects learning to believing and doing in this same way, and it is a true honor to join this community of deeply committed thinkers and doers.”

The Berea College Board of Trustees began a presidential search process earlier this year after President Lyle D. Roelofs announced his upcoming retirement. A search committee comprised of students, faculty, staff and trustees worked diligently to evaluate submissions from a field of 125 applicants.

“Finding a president for Berea College is an immense yet intimate task,” said Board of Trustees Chair Stephanie Zeigler. “Not only does the person need to have achieved academic excellence and the intellect to rise in their field, but the person also needs to be truly compassionate to care deeply about everyone on our campus. Our president must be a true believer and advocate for equality, access and the transformational power of education. I’m deeply pleased to say Dr. Cheryl Nixon is all of that and more.”