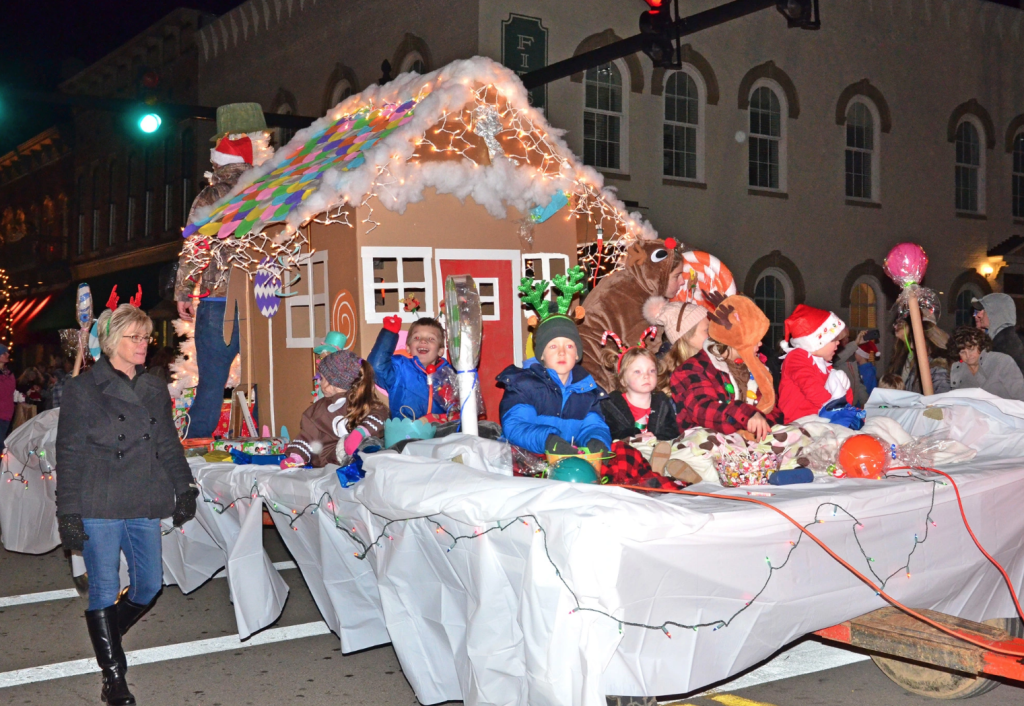 The Stanford Christmas parade’s 40th anniversary will be this Saturday at 6 p.m. in downtown Stanford. The parade will be featured in the upcoming holiday special “Christmas In Kentucky” premiering in December on the Great American Family (GAF) network.

The celebration will be made even more special from a guest appearance by actress, singer and philanthropist Jen Lilley. Lilley is known for her roles on NBC’s “Days of Our Lives” and ABC’s “General Hospital.”

She has had many roles in the romantic comedy genre. Her latest leading role is in the upcoming “B&B Merry,” which premieres on GAF on Dec. 4. Lilley’s “B&B Merry” co-star Jesse Hutch will also be at the Stanford Christmas Parade.

The Christmas parade is the town’s largest annual event. This year’s parade will feature more than 20 floats, fire trucks and police vehicles, youth sports teams, and more than 50 classic cars, including a signature 1931 Studebaker Fire Truck.

Local businesses will be decorating store windows and floats to match the “Christmas In Kentucky” theme.

“Christmas In Kentucky” is a Christmas special that will focus on the charm of small-town holiday celebrations, the enduring traditions of the Stanford Christmas parade, and the people of Lincoln County who come together each year to put on the celebration.

A Great American Media spokesperson said the team at GAF chose Stanford for the special because they fell in love with the town on a recent visit. They decided the annual Christmas parade would be a great opportunity to highlight the town’s Christmas traditions and the beauty of small-town living.

GAF will have a crew of about 10 people in Stanford filming the celebration. Before the parade, they will document the decorating and other preparations the town makes each year. Then they will capture some of the key moments from the parade, including the tree lighting.

“Christmas traditions in small towns across America are an essential part of our country’s fabric,” said Bill Abbott, President and CEO of Great American Media.  “We are so grateful to the town of Stanford for welcoming Great American Family and Jen Lilley to be a part of their historic parade, and we look forward to celebrating the joy and magic of Christmas in Kentucky together with our local partners and the people of Lincoln County.” 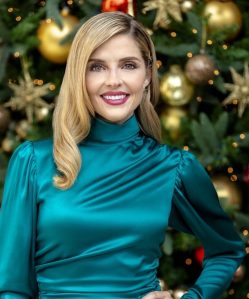 The special will premiere in December on GAF. The airdate will be announced in early December.

“Our annual Christmas parade has always been a special event for our town and we know this year will be even better,” Lincoln County Chamber of Commerce Executive Director Andrea Miller said in a press release. “It is heartening to see that these organizations and stars like Jen Lilley appreciate the unique values small towns like Stanford contribute to our society as a whole.”

Lilley is also a singer and songwriter who has also released two music albums, including the Christmas album Tinsel Time in 2015. She works to raise funds and awareness for foster care and adoption. She founded Christmas Is Not Cancelled, an organization that brings celebrities, brands, and fans together to fundraise for nonprofits, including Toys for Tots, and to provide presents and school supplies for underprivileged children.