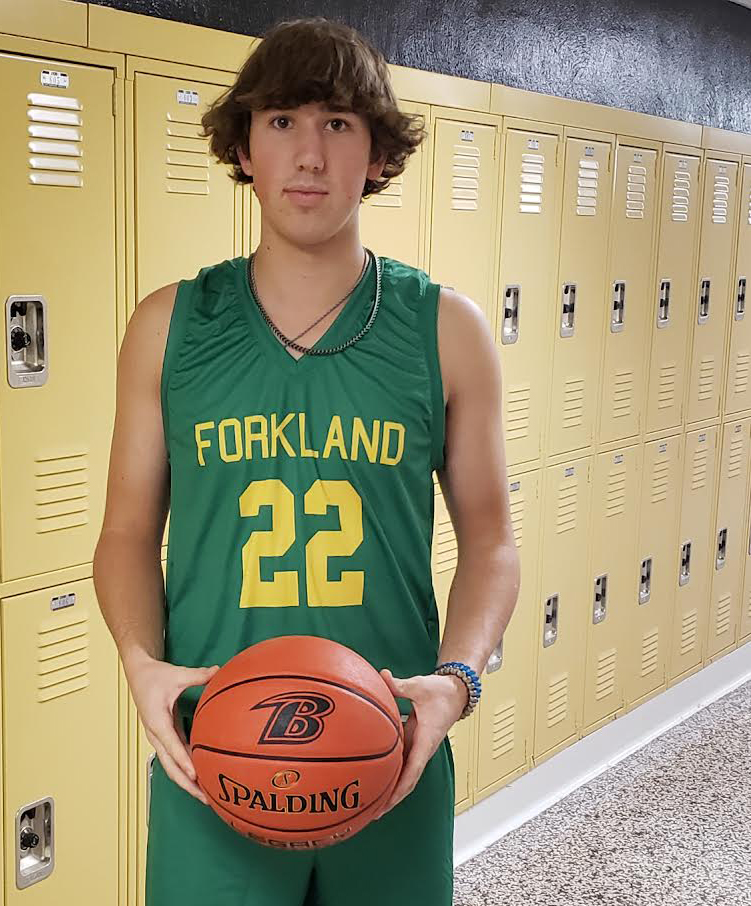 Kason Myers of Boyle County poses in one of the replica uniforms the Rebels will wear Saturday as they salute Forkland High School during their inaugural Heritage Night. Photo by Mike Marsee

The Boyle County boys are turning back the clock.

Sixty years after Forkland High School played its last basketball game, Boyle will pay homage to the school and its history Saturday at Rebel Arena.

The Rebels will don Forkland’s green and gold colors and salute former players and cheerleaders during their inaugural Heritage Night before and during their game against Marion County.

The event is to be the first in a series of tributes to the four county schools that were consolidated when Boyle opened in 1963: Forkland, Junction City, Parksville and Perryville.

“We wanted to highlight some of the background of where Boyle County High School came from and the programs that fed into it,” Boyle coach Dennie Webb said.

Webb said the school has been working with board members from the Forkland Community Center, which is housed in the former school building, to get information about the school and its basketball history.

“They all seem to be very excited about it,” he said.

The center, which preserves the history of the Forkland community, will set up displays in the school lobby, and public address announcer Mark Kendrick will read some historical tidbits during the game.

Former players and cheerleaders in attendance will be recognized — Webb said as many as 20 to 30 are expected to attend — and there will be an opportunity for them and their families to gather before the game.

“Hopefully it’ll be something people will enjoy, and they’ll get to know the community a little better,” Webb said.

Boyle’s players will wear replica Forkland uniforms for their game against Marion County.

Earlier on Saturday, the Rebels will hold their pregame shootaround at the Forkland gym. Webb said he hopes they’ll also get a chance to hear some stories about the gym and those who played there during the one-hour workout.

Webb said the team plans to hold a Heritage Night in each of the next four seasons, recognizing the former schools in alphabetical order.

“It gives an opportunity for not only the community but our players as well to understand some of our heritage,” he said.