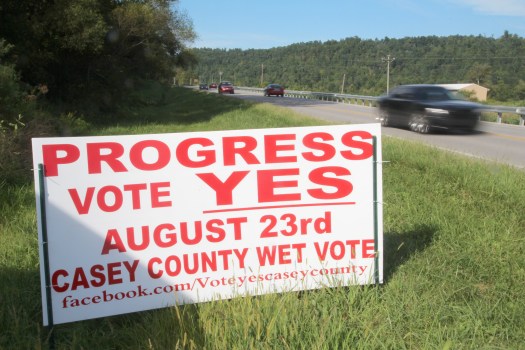 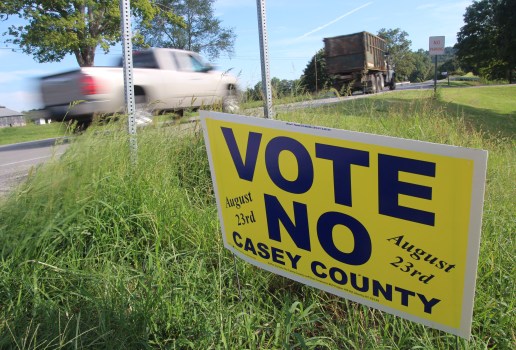 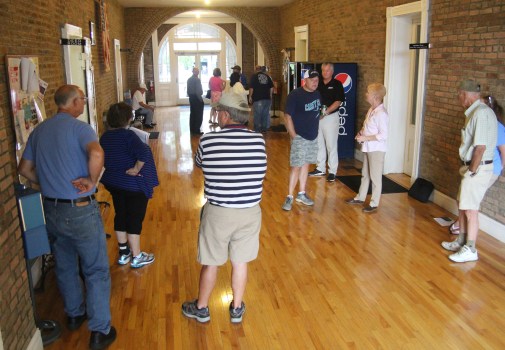 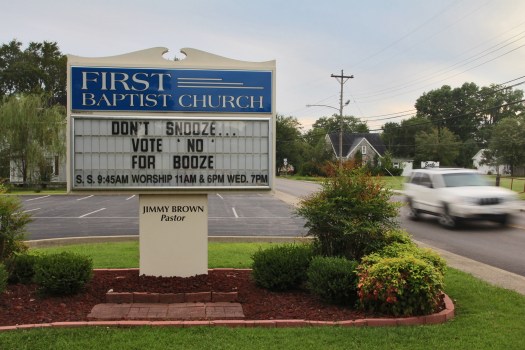 On the day of the election, Aug. 23, A marquee outside First Baptist Church in Liberty encourages passing drivers to vote against alcohol legalization in Casey County.

Dry voters edged out a victory in Casey County Tuesday, preventing the county from legalizing alcohol sales by 127 votes.

Eight of Casey County’s 15 precincts voted in favor of continuing the prohibition on alcohol sales. Absentee voters also swung against the wet side, with 121 voting “no” and 96 voting “yes.”

State law requires that no alcohol election can be held again for three years after voters reject legalization.

“I’m pretty devastated with the outcome but if that’s what the people wanted, then that’s what they’ll get,” said Ronnie Davis, who was an advocate for the “yes” vote. Ronnie Davis said a “yes” vote would have been big for economic development in Casey County. A motel had already committed to locate near the Ag/Expo Center if the wet vote had prevailed, and restaurants could have been attracted to the county, he said.

“We weren’t going to get a Cheddar’s or something, but I was hoping we would get something,” Ronnie Davis said, adding that he believes Casey County’s workforce is leaving the area for places like Danville. “Everyone is leaving here instead of staying here.”

Ronnie Davis noted the total number of “yes” votes cast was actually fewer than the number of signatures he gathered on a petition in order to get the issue on the ballot. He estimated he gathered around 2,800 signatures.

Turnout was at about 37.5 percent overall, according to statistics from Casey Davis.

As votes totals began arriving at the courthouse Tuesday evening, it was initially unclear which side would win. The “no” votes led initially, but after several pro-wet precincts rolled in, the “yes” side gathered a lead of more than 100 votes and looked poised to win.

But “no” votes dominated in the final precincts to report and the dry side regained the lead.

Casey County is bucking a trend in the area of legalizing alcohol sales. In the last eight years, Danville, Lancaster, Junction City and Harrodsburg have all legalized or expanded alcohol sales. In Lincoln County, Stanford rejected legalization in 2009.

A call to a leader on the dry side asking for comment on the election results was not returned by press time.