Football: Win over Lincoln full of first for Casey County 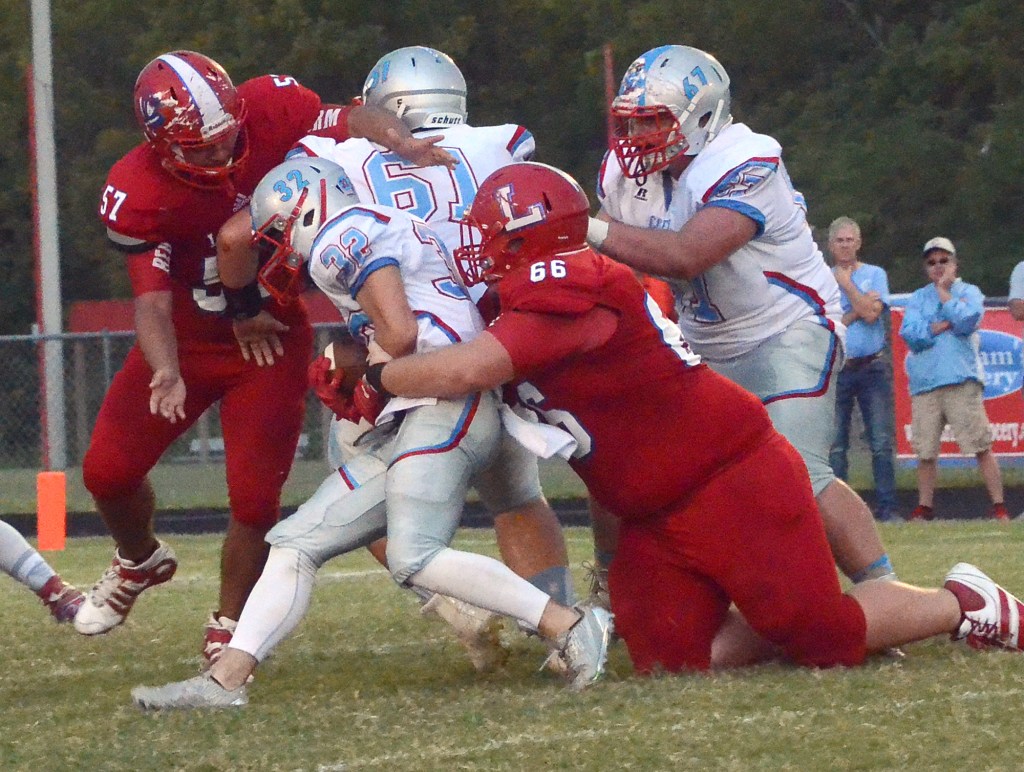 Friday was a day of firsts for Casey County.

For Breece Hayes, it was even more special. He played a part in six of Casey’s seven touchdowns against Lincoln.

Hayes threw for 319 yards and five touchdowns, both school records. He also led the team with 16 rushes for 61 yards and one touchdown.

Hayes now owns a remarkable 81 percent completion rate (47-for-58) for 719 yards and 10 touchdowns through three games this season.

“Breece made a ton of big plays for us tonight,” Casey coach Steve Stonebraker said in an email. “He had another efficient night passing, but his two biggest plays were probably on defense. He had a huge hit in the backfield that knocked the ball loose for a turnover. He then had a huge tackle for a loss on a fourth down play. He proved tonight that he is a winner.”

Casey is now one of five teams in all of 3A with an undefeated record. They’ve beaten Lincoln, Russell County and Powell County by an average of 20 points. An October 21st matchup with Corbin looms large down the road.

“It is great to get the historic victory to beat Lincoln for the first time in school history and to win against a 5A school for the first time in school history,” Stonebraker said. “Our kids were up big and then Lincoln was able to come back. In those circumstances it is easy to pack it in and lose composure. Our kids were able to keep believing, keep playing hard and made the plays in the end to win the game. I can’t say enough how proud I am of the effort of our players.”

The Rebels will host Washington County (0-4) this week, and Stonebraker said he wants to make sure they don’t ease up on the gas.

“We have to continue to do what we have been doing which is play hard and learn from our mistakes,” he said. “We have our first home game next week and the scoreboard will start at 0-0. We have to go out and earn that victory.”

FOOTBALL: Second half lull dooms Mercer in loss to…