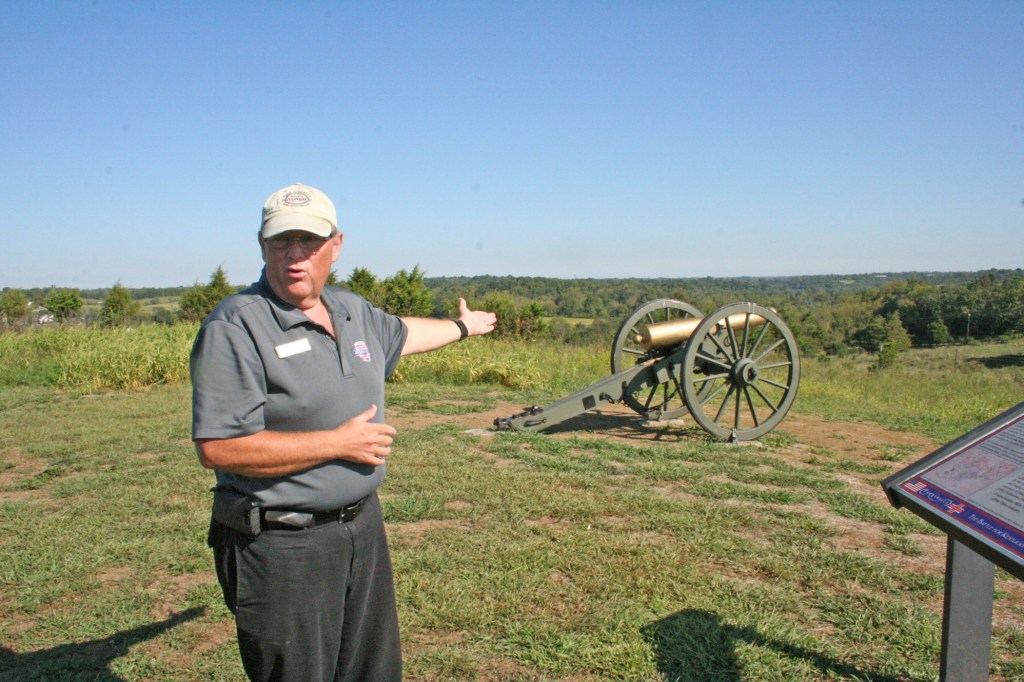 PERRYVILLE — Those interested in seeing the battlefield in a new way now have the opportunity, thanks to walking tours being offered in the coming weeks at the Perryville Battlefield State Historic Site.

Kurt Holman, park manager and the man in charge of the tours, said he tries to keep them a little different every time. He doesn’t consider himself as fulfilling the capacity of a tour guide, but simply “showing people around.”

“I don’t do the same thing twice,” Holman said.

Tours begin at 10 a.m. and last about two hours.

He has served as the park manager since 1989 and said he’s spent 30 years studying the Civil War. Through that work and research, Holman has been able to compile a database of more than 5,000 names of the soldiers who were at the Battle of Perryville.

Holman also uses that knowledge to personalize the tour, if possible, such as inquiring if anyone on the tour had a relative who fought at Perryville.

Visitors on the tour might not hit all of the 750 acres of land owned by the park, or the 1,063 acres open to the public. The Civil War Trust owns 310 acres of that. There are 20 miles of trails and more than 50 signs scattered about the park lands, so that visitors can independently walk around and learn more about the battle and the men who fought there.

The locations of this year’s reenactments, Oct. 8-9, are some of the most historically accurate the park has been able to have, thanks to the newest additions of land, Holman said, and promise to be interesting to observe.

A visit to the park is also incomplete without a visit to the museum, included in the tour price. Holman advises visiting the museum prior to the tour, to help gain a bit more background knowledge of the battle and the park.

The Battle of Perryville was known then as Chaplin Hills because of the Chaplin River and the hills the soldiers fought in. It was the largest Civil War battle in Kentucky, leaving more than 7,600 soldiers dead, wounded or missing. The average age of the soldiers, Holman said, was 23, with the youngest being 17 and the oldest, a captain, being 74.

Tours are free with museum admission of $4, and will show various aspects of the Perryville Battlefield.

The Battle of Perryville commemoration weekend is Oct. 8-9.

Advanced tickets are available through Oct. 5 for the Battle of Perryville online at www.parks.ky.gov.

For information about the park, visit www.perryvillebattlefield.org.