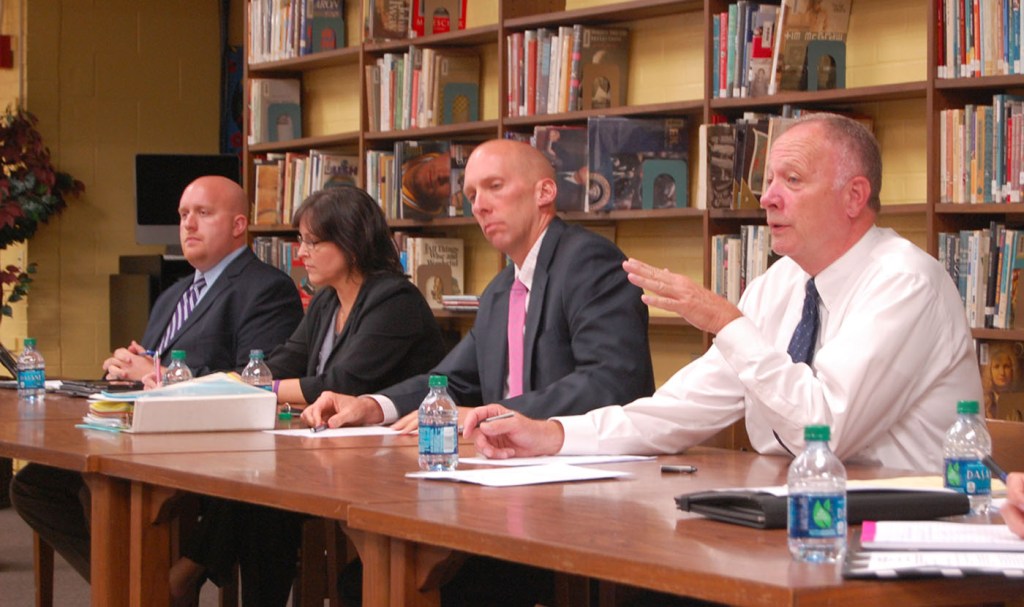 An investigation from the Kentucky Office of Education Accountability has revealed that the hiring of Boyle County High School Football Coach Chuck Smith was impacted by Board of Education Chair Steve Tamme — a violation of state statute.

Nearly a year ago, Oct. 29, 2015, members of the Office of Education Accountability visited the district, interviewing school district staff and board members, after the state office received an allegation that Tamme “is interjecting himself into the hiring of coaches at Boyle County High School.”

Attempts to contact Tamme and Superintendent Mike LaFavers resulted in the following statement from the district on Wednesday afternoon, on behalf of the district, the board, and Tamme, citing his 12 years of service:

“With regards to the Office of Education Accountably (OEA) issue, Mr. Tamme and the Boyle County School District have fully complied with OEA and fulfilled all of the OEA’s requirements to address the situation. We are confident the issue has been fully resolved.”

The report from the OEA shows that Smith met with Tamme, his longtime friend, Superintendent LaFavers, then-Boyle County High School Principal Will Begley, and the high school athletic director, who remained nameless in the report, but records show Chris LeMonds held the position. LeMonds is now principal and athletic director of Burgin Independent School.

“The four men drove to Bardstown to meet with Mr. Smith. According to the information provided to the OEA, the discussion during the drive to Bardstown centered on what it would take to get Mr. Smith to return to Boyle County as head football coach. Mr. Tamme participated in the discussion, going so far as to state that he did not care who found out he was participating in the meeting as long as Mr. Smith returned to Boyle County.”

The exact date of this meeting, with regards to the hiring process, is unknown, “but all participants agreed that the meeting occurred.”

“Chair Tamme maintained that he did not participate in the conversation at the meeting and did not direct anyone to hire Mr. Smith. Others in attendance reported that, although Superintendent LaFavers lead the discussion, they all, including Chair Tamme, participated in encouraging Mr. Smith to return to Boyle County High School to coach football.”

Following the meeting, the report states, Smith rescinded his acceptance of the Madison Central High School position “and was offered and accepted the head football coach position at Boyle County High School.

The Office of Education Accountability examined KRS 160.170 and KRS 160.180(3) to determine whether or not Tamme violated the law:

• KRS 160.170, the oath of board members, states that the elected members take an oath that states “he will not, while serving as a member of such board … that he will not in any way influence the hiring or appointment of district employees, except the hiring of the superintendent of schools or school board attorney.”

• KRS 160.180(3), eligibility requirements, states that, if after the election, the board member “attempts to influence the hiring of any school employee, except the superintendent of schools or school board attorney … he shall be subject to removal from office pursuant KRS 415.050 and 415.060.”

According to the report, it was deemed that he did violate the statutes, and that he “shall cease participation in any part of the hiring process for Boyle County Schools.”

Tamme is also required to obtain three hours of training from a KDE approved trainer on the subject of “The Do’s and Don’ts of Being a School Board Member” by Sept. 30, which apparently has been completed already, according to the statement from the district.

The Office of Education Accountability confirmed another investigation was underway. According to Karen Timmel, division director of investigations, they could not confirm if the two investigations are related, or release any information about that ongoing investigation.