Backpack policy will be up to individual Danville schools 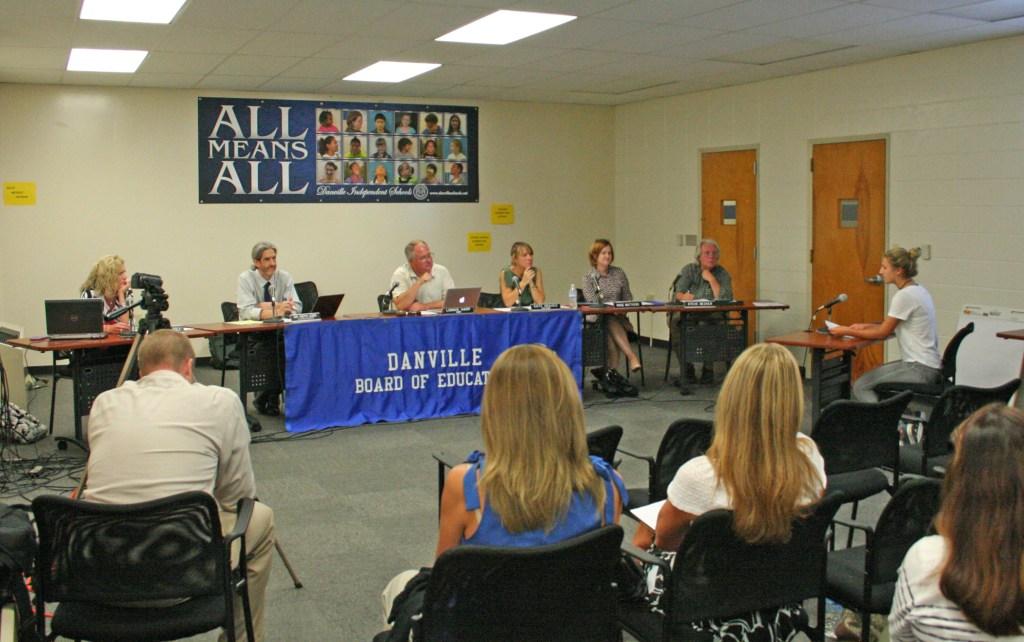 It will be up to individual Danville schools to decide whether they want to allow students to carry backpacks to class. The Danville Board of Education voted Monday to remove a district-wide ban on carrying backpacks around at schools, leaving it to local school councils to choose instead.

Coming into this school year, the policy had stated that backpacks and book bags used to carry items to school “must be stored in student lockers during the school day.” That policy had met with opposition from some students and parents.

On Monday, the district board voted to remove that requirement from its backpack policy. A student could lose the privilege to bring a backpack to school if the student “violates school or district policy in an incident that involves a book bag/backpack,” according to the amended policy.

In August, the backpack issue was brought before the board when a student spoke in favor of changing the policy to allow students to carry the bags to class. According to discussion at that meeting, the policy had been in place since the 1990s, around the time of the Columbine shooting, but enforcement of the policy had been lax in recent years.

After the discussion, the board requested more information on the topic, which was presented at September’s working session. According to Superintendent Keith Look, principals and staff from the elementary schools expressed a desire to keep the decision at the district level so that all three elementary schools would have the same standard. The middle- and high-school principals had the same desire, along with the district’s school resource officer.

Many of the district’s teachers also agreed with the policy as it was previously written, Look said. An official with the Center for School Safety also advised the district against allowing backpacks within the classrooms.

“It was a great deal of experience and expertise that was unanimous in that stance,” Look said. “I think that’s an important voice.”

However, many of the high-school students and their parents wanted were in favor of allowing backpacks to be carried around schools. The high school’s council was split on the decision, with teachers leaning against backpacks in class and parents leaning in favor.

With the policy change, Look said, the decision has been given back to the schools, making it no longer a matter of school safety within the district handbook.

“It’s the board’s intent to make the decisions that it feels are best for the students, families and staff in the district,” Look said.