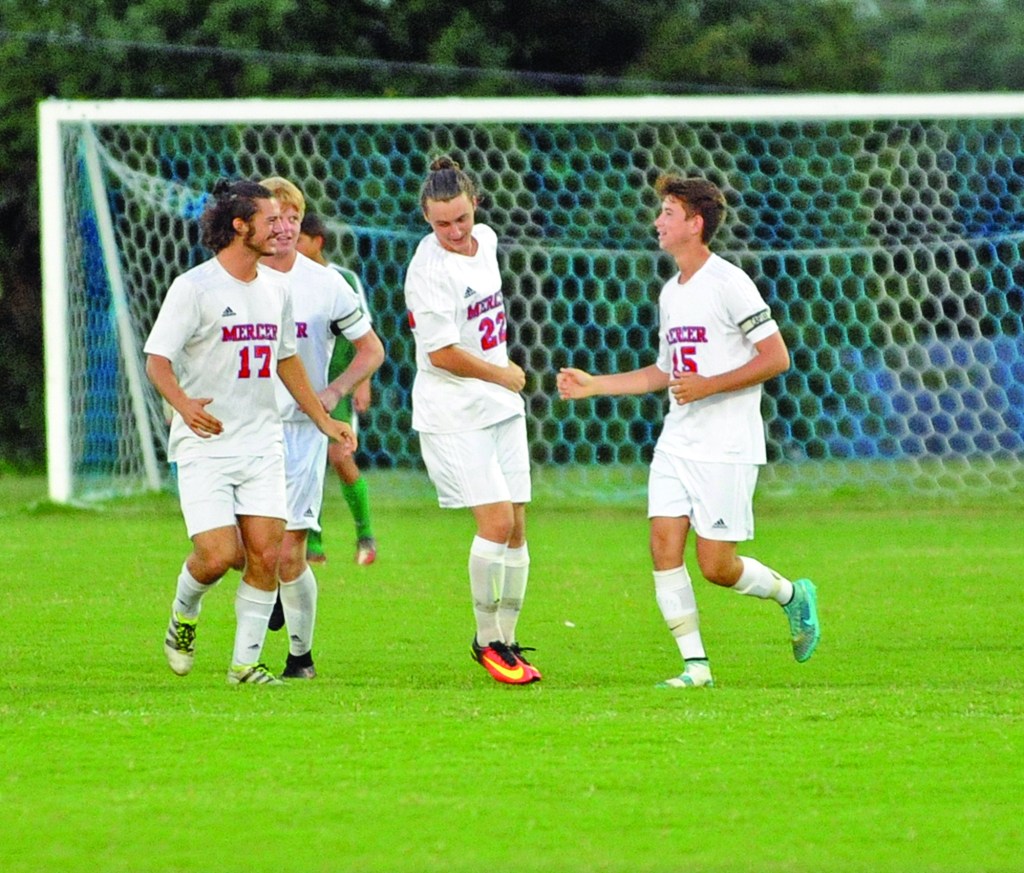 Matt Overing/matthew.overing@amnews.com Mercer County players celebrate a Cody Shackleford (15) goal during the first half of Mercer's 10-0 victory over Western Hills.

HARRODSBURG — Mercer County let it be known who was the better team from the kickoff on Tuesday against Western Hills.

Less than a minute after the first kick, Brandon Ballard had played in Cody Shackleford for a goal.

Mercer’s longest dry spell was after that goal, waiting 12 minutes before Ballard scored his own. Garrett Dean assisted Ballard one minute later to put the Titans up 3-0.

Ballard completed his hat-trick eight minutes later on an assist from Angelo Ontiveros.

Nick McClain delivered a free-kick from just inside the half-way line for Dean to head home in the 27th minute, putting Mercer up 5-0.

Trey Releford got in on the action with the longest goal of the night, a 40-yard cross that looped over the keepers’ head into the side of the net.

Denson Jenkins scored the seventh and eighth goals of the night, just a minute apart.

It took 20 minutes for Mercer to score its final two goals of the night: One by Shackleford and a blast by Marcus Lewis to end the game via mercy rule.

The win was Mercer’s second mercy rule victory in a row after beating 46th District opponent East Jessamine 11-1 on Sept. 15. It’s the third mercy-rule win for the Titans this season.

Mercer will travel to West Jessamine tomorrow before traveling to McCracken County for the River Region Rumble this weekend.