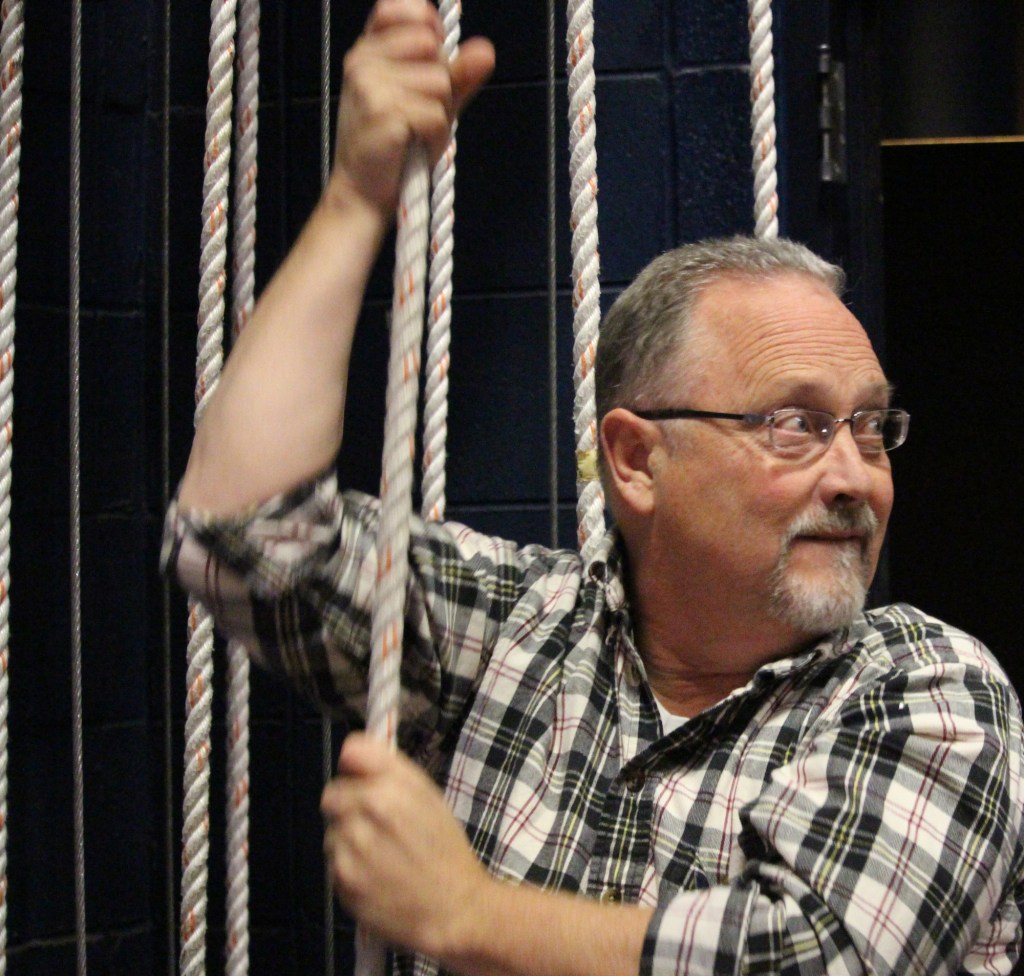 Malcolm Springs joins Danville High School’s Theatre Department as the new Technical Director all the way from his home state of Indiana.

Mr. Springs states, “When my daughter visited Centre College about 3 years ago, my wife and I fell in love with Centre and Danville.” They bought a house and used it as a vacation house for three years until deciding to move into it this summer. Both had retired from long careers of teaching and decided it was time to make the retirement move.

Springs grew up in Hammond, Indiana (not far from his later home of Lafayette, Indiana where he taught as a technology teacher at East Tipp Middle School prior to DHS). As a kid all he wanted to be when he grew up was a garbage man, but in high school he caught the ‘theatre bug.’ As a freshman, he got his start as a crew member running the spotlight. Eventually, he progressed to performing and has never quite recovered from his theatre bug. To this day, he has been involved in 60-70 plays as either an actor or a technical director.

Springs graduated from Purdue Polytechnic Institute with a degree in Technology Education and taught for 33 years. He loves working with kids and decided to keep pursuing his career as he was not ready to leave his old teaching job at East Tipp Middle School completely behind. Now, he says, “I get to work at DHS with the best kids in Boyle County.”

With the responsibility of being the Technical Director, Springs also assists with the Advanced Acting Class and the Tech Theatre Club. Alden Baird, an advanced acting student, comments, “[Mr. Springs] has become a very productive member of the theatre department. His attitude towards theatre lifts everyone up.” Becky Mohr, a cast member of the upcoming fall play, states, “He [Springs] is a delight to be around and seems highly personable. I’m glad he’s involved with the school.”