Getting in the spirit: Crowd turns out to support distillery grand opening 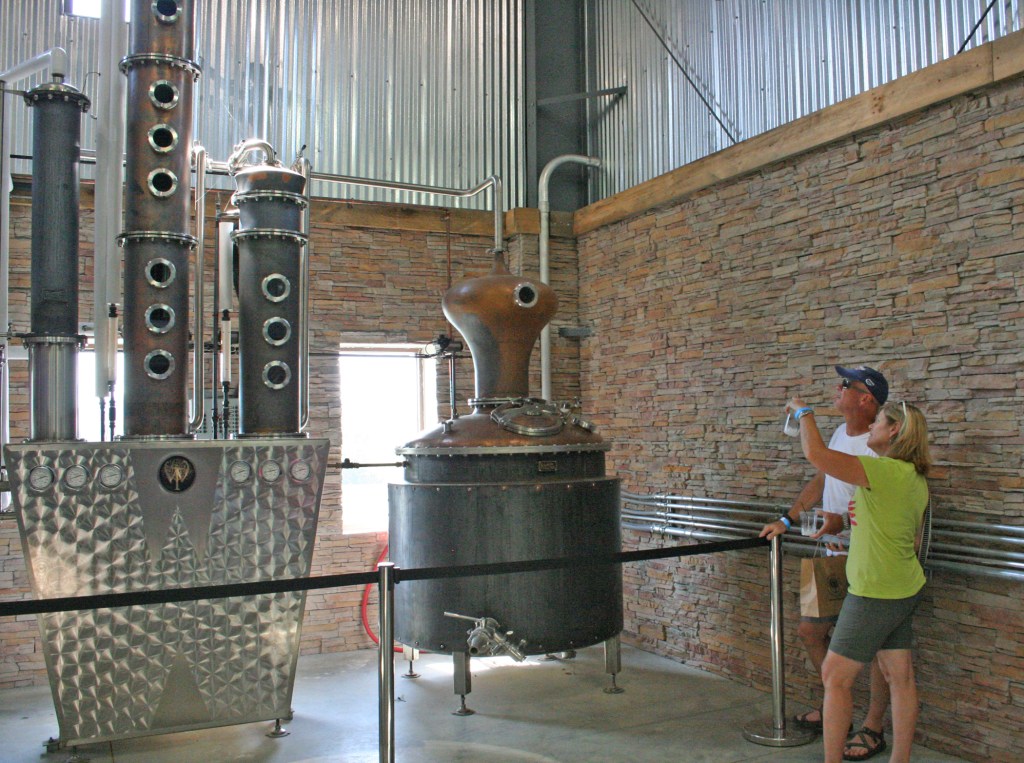 The sun shone brightly over the Lebanon Road home of the Wilderness Trail Distillery on Saturday for the business’ grand opening celebration.

By 1 p.m., about 350 people had turned up for the party, which included food from Brothers’ BBQ; cocktails featuring Blüe Heron Vodka and Harvest Rum — two of the products made at Wilderness Trail; self-guided tours of the facility; and door prizes.

“We are friends of the family. We wanted to come out and show our support,” said Joseph Luster, sporting his Wilderness Trail shirt.

Those who came wearing a Wilderness Trail shirt or who purchased a shirt that day, received a free shot glass and got to enter their names in a chance to win a bourbon barrel.

Luster was there with his mom Maria and brothers Ales and Miguel.

Tim and Fran Crowley of Danville also turned out for the event. Tim Crowley is an engineer and is interested in the way the distillation columns worked, Fran said.

“We’ve ridden our bikes past here,” she said, adding that they were happy to finally be able to see inside.

For others, it was a celebration of the distillery coming to fruition. Colleen Thomas of Louisville, who works for the Kentucky Distillers Association, was there with her mom, Alice McKinley, also of Louisville, who retired from the bourbon industry.

Thomas said she had worked closely with owners Shane Baker and Pat Heist and she was happy to see the official launch.

Amandalin Ryan, who also works for the Kentucky Distillers Association and is a Danville resident, said it was a combination of excitement for the industry and local pride.

“It’s exciting to have this in Danville,” Ryan said.

It will likely be December 2017 before the first bottles of craft bourbon from Wilderness Trail are available to purchase. Visitors to the website at www.wildernesstracedistillery.com can sign up for a limited production run of the first craft bourbon release.