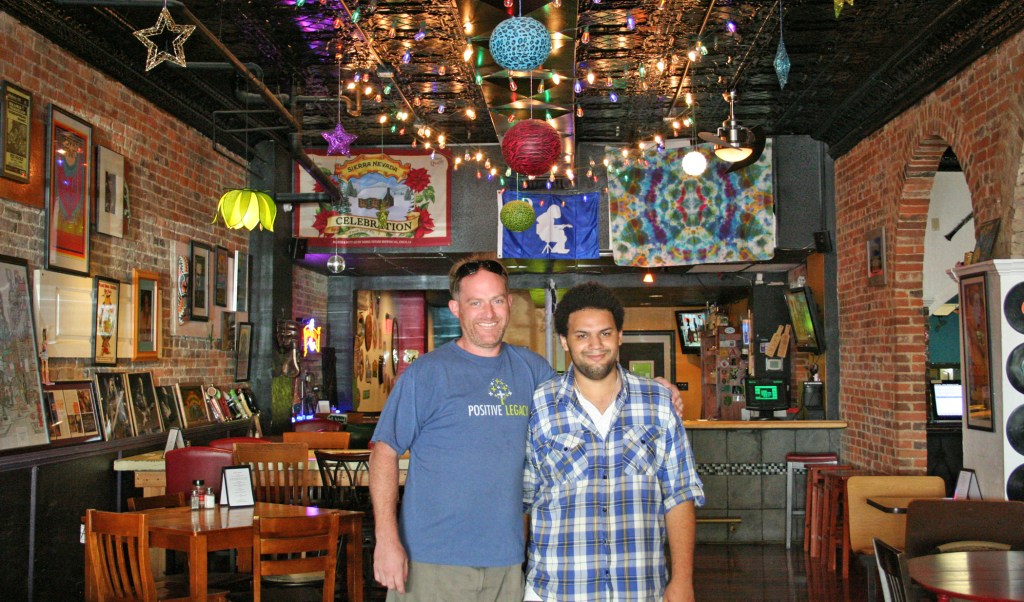 Kendra Peek/kendra.peek@amnews.com Colin Masters, owner of the Bluegrass Pizza and Pub, with Chris Porter, one of the chefs, in the newly-reopened restaurant.

It’s been more than a month since a fire closed a Danville restaurant, but the downtown staple is once again open for business.

“We are glad to be reopened,” said Colin Masters, co-owner of Bluegrass Pizza and Pub.

The eatery was forced to close on Aug. 9, after a fire started outside the building, he said. It’s still under investigation by the insurance company, but the restaurant was able to reopen in the middle of September.

“I had initially hoped to open in a week, but it stretched over 32 days,” Masters said.

The restaurant originally opened on June 10, 2010, a time he said was “the tail end of the worst financial climate of the United States since the depression.”

“We’ve made it through the lean times and we’ll certainly get through this. It’s been a struggle. It’s been hard, but the community has been very supportive. That’s something I’m proud of — the people who come in here quite a bit all offered to help,” he said. “It’s nice to have that kind of support.”

Its initial location was down the street, at 231 W. Main.

“We started this on a micro loan from my mom, Dr. Joan Masters, and built it ourselves,” he said. Masters co-owns the restaurant with his wife, Melissa Colton Masters.

On busy days, they could see as many as 400 people come through the doors, he said.

They haven’t seen that as much since the fire — Masters said he thought there was some confusion on whether or not they were open — but on Friday he anticipated Centre’s family weekend could have a good impact on the business, along with the Harvest and Heritage Festival on Saturday.

He said there was never a doubt they would reopen.

“There’s too many people dependent on me for their employment for that to be an option,” Masters said.

They have about 18 employees, including some of the kitchen staff who have been part of the Bluegrass Pizza and Pub for more than five years.

Masters said he was thankful for the continued support from the building’s owner, Kay Arnold, and the community’s support, including neighboring Trinity Episcopal Church and Farmers National Bank, which allowed them to store food while the electricity was off.

“It would have been a lot less pleasant without their help,” he said.