Gold Out Game another success for Centre 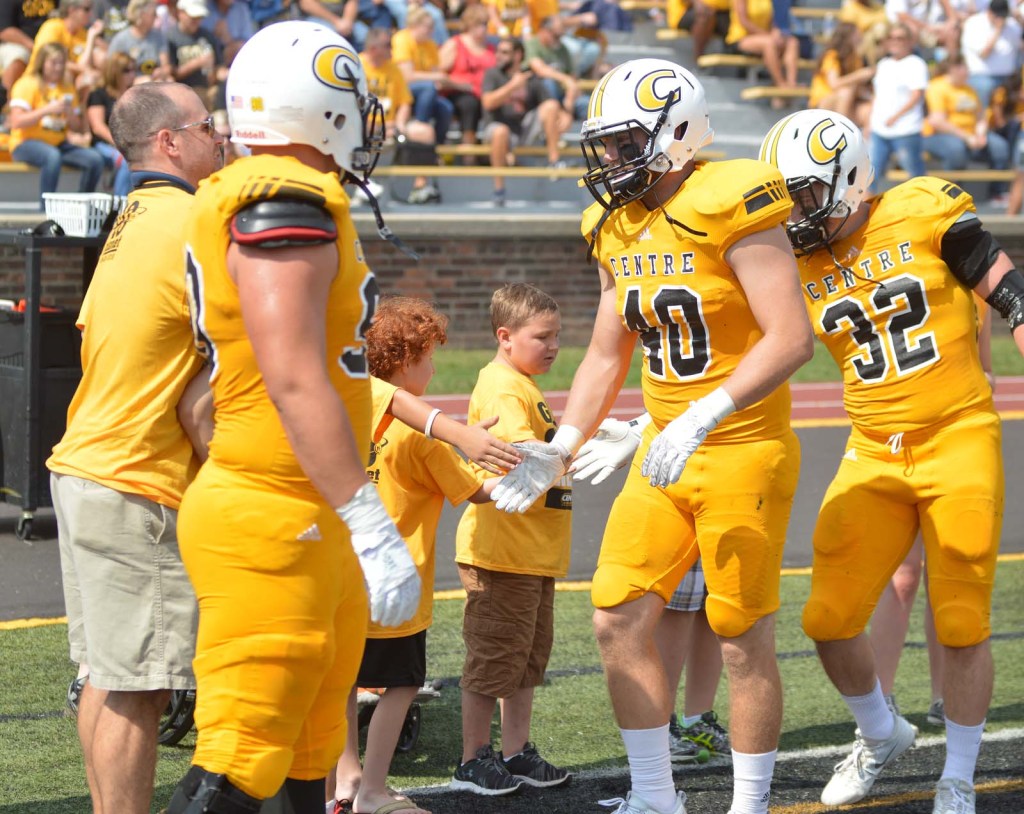 There are few things more precious to my heart than raising awareness of pediatric cancer. When the Centre football team announced last year it was hosting a Gold Out Game, I wanted to make sure I did whatever I could to help promote the event.

When it was extended into the Gold Out Week this year, even better. And just like last year, the Colonels made sure to make the pediatric cancer families feel welcome and special, including my family. My son, Jack, is a survivor, six years removed from his treatment for Burkitt’s lymphoma.

The Colonels treated the families to lunch, a pregame tour of the locker rooms, and field passes during the game. Despite the hot-enough-to-fry-an-egg temperature, the day was a blast.

So let me once again take advantage of my unique platform, this time to say thank you to Centre for not only hosting the families and making Saturday a truly wonderful experience but for helping us get the word out about our cause.

SPEAKING OF THE COLONELS …

I’ll give you the benefit of the doubt if you haven’t seen Centre yet, seeing as Saturday’s game was only their second home game of the season. But you need to know — this Colonels team is fun to watch.

Hayes has three weapons on the outside, with receivers Noah Dziedzic, Dunan Mercer and Cody Estep combining for 910 yards and seven TDs.

They have a huge test this weekend when they travel to Hendrix, the defending Southern Athletic Association champion, which completes a tough three-game stretch of Washington, Chicago and Hendrix.

After that, the Colonels play back-to-back home games against Millsaps and Sewanee. No excuses to not get out and see an entertaining football team anymore.

MADE TO BE BROKEN

Jacob Foley has broken tackles, hopes and dreams of his opponents throughout the last four seasons. Now, the Garrard County senior running back has broken something else — a school record.

Foley became the school’s all-time leading rusher with his 159 yards in Friday’s win over Lloyd Memorial. The previous record of 3,744 yards was set by 2012 graduate Cory Wilson; Foley now owns the mark with 3,772 yards.

After the season opening win over Shelby County, during which Foley rushed for 294 yards and five touchdowns, Lions coach Jerry Perry said Foley doesn’t get the recognition he deserves because he isn’t faster.

BOCO GIRLS ON A ROLL

With their seventh straight win in Saturday’s final of the Spine Center Classic, the Boyle County girls soccer team ran its record to 16-1. And one year after finally getting past West Jessamine in the 12th Region championship game, this type of run could have the Rebels prepared for more.