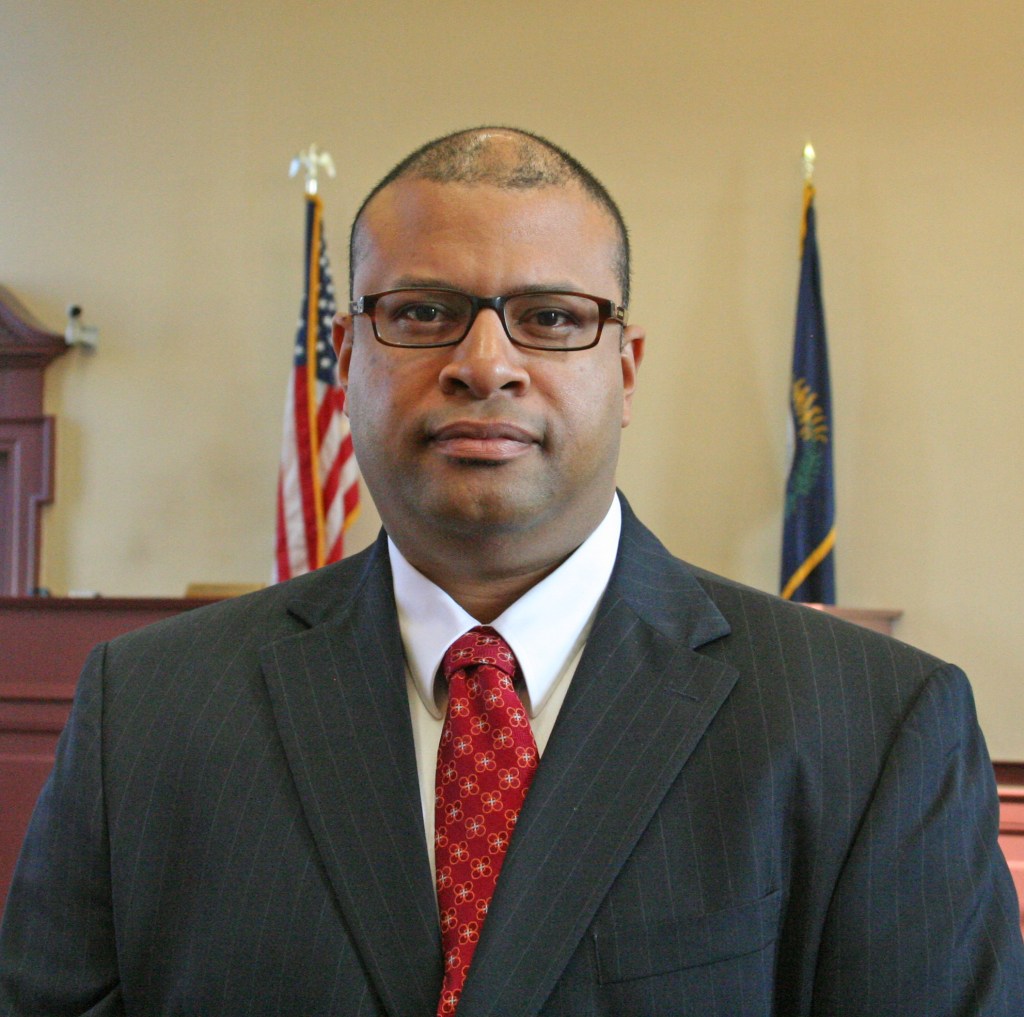 In a quick action on Monday, the three counts of alleged Medicaid fraud against Edward Donzell Parker were dismissed amid allegations of investigator misconduct.

“The matter will be dismissed on the Commonwealth’s motion,” Judge Darren Peckler said.

Parker’s attorneys, Brent Caldwell and Noel Caldwell, would not comment other than to refer to the motion to dismiss the indictment, which was filed from their office.

Parker was indicted in February on two counts of fraud more than $10,000 and one count of fraud less than $10,000. Members of a Boyle County grand jury decided that, based on the evidence presented to them, a criminal case should proceed against Parker for allegedly gaining money through fraud while working at three different businesses — A Brighter Choice LLC, Community Alternatives of Kentucky and Wee Can Autism and Behavioral Consultation LLC.

But the motion to dismiss that was granted Monday alleges that Attorney General Investigator Reed Wilbers, who was the only prosecution witness to appear before the grand jury, made “patently false and misleading statements.”

The evidence entered by the Caldwells cites another case in which Wilbers “misled a grand jury while acting as an investigator for the Kentucky Attorney General’s Office.” That case was dismissed by the Franklin Circuit Court, stating that Wilbers “made certain false and/or misleading statements to the grand jury to obtain an indictment.”

“Given Mr. Wilbers’ prior history related to a judicial finding that he gave false testimony to a grand jury, it is incredible that the prosecutors in this case allowed him to make similar statements,” the motion for dismissal reads. “It is equally incredible to believe that the prosecutors failed to advise the defendant and his counsel of Mr. Wilbers’ prior history with regards to his honesty and integrity as required by law.”

According to the motion, there were a few “false” statements made by Wilbers, which included:

• testimony that Parker started his business, Bluegrass Autism Services in 2007 — the motion states the business started in 2011; and

• testimony that Parker could not do any work outside of his employment at Bluegrass Oakwood — the motion states Parker was given permission to start his own business while also working at Oakwood and provides emails from Parker’s employer as evidence.

The motion also alleges Wilbers made “misleading” statements. Wilbers was asked if the providers knew what was “going on?” To which he responded that they gave Parker “a lot of leeway” because “of his high credentials and he was a professional hired by the state at Oakwood; so, they just kind of assumed he was a professional and ethical person.” The motion argues that Wilbers’ answer is “blatantly misleading and that it prejudiced the grand jury against the defendant.”

“There was no evidence provided, nor is there any in existence, that the providers gave the defendant ‘a lot of leeway,’” the motion reads.

The motion adds that investigations by the Department for Medicaid Services concluded that A Brighter Choice and Community Alternatives of Kentucky were responsible because the two “failed to ensure (their) behavior specialists billed Medicaid in accordance with regulation.”

According to the motion, another “misleading” statement was a response given when jury members “were clearly confused” and did not understand what prosecutors and Wilbers alleged Parker had done. Wilbers said that Parker was using an “unqualified person” for services. Emily Early, who was not named in the reference by Wilbers, was employed by Parker during the time in question and had signed a contract, promising and guaranteeing that she was “qualified to administer the services,” according to the motion.

Finally, the motion states that a criminal summons was the most appropriate means of reaching Parker, not a warrant for his arrest and a $25,000 cash bond, which was eventually reduced to $5,000. Parker turned himself into the Boyle County Detention Center, where, despite having counsel, Wilbers allegedly tried to speak to him. Parker did not speak to Wilbers, according to the motion.

The case was originally handled by Attorney General Andy Beshear’s Office of Medicaid Fraud and Abuse. The attorney general’s office agreed with the motion to dismiss the case on Monday.

Parker has paid money back to the providers, which he had received but which had been paid for Early’s services instead of his.

Parker said the dismissal was “bittersweet.”

“At the end of the day, I did spend a weekend in the Boyle County Detention Center. That was extremely difficult on my wife and family,” Parker said. “I still suffer with the ramifications of that.”

“I’m thankful I was able to retain (the Caldwells) counsel. I had talked with other attorneys on this matter and these were the only two that really believed in me,” he said.

Unfortunately, Parker said, there were many others who had lost faith in him, hampering his ability to help people.

“I’ve lost standing in this community. I’ve lost standing with people whose opinions I valued. Mentors, bosses I’ve worked with, people that I’ve supervised and tried to shepherd in this field. I lost a ministry where I was helping people,” he said. “Not to toot my own horn, but there are kids who are being born right now in Boyle County who are going to be later diagnosed with autism spectrum disorder and someone with over 20 years experience in applied treatment, in ABA therapy, is no longer a part of this community.”

“I’ve moved on and I’m helping other people,” Parker continued. “But at the end of the day, who really is most affected by this outcome adversely are the children and the families of the children who are affected by autism spectrum disorder who have lost a really good clinician, someone who had experience working with kids, working with families, providing intensive ABA therapy. Not only working with kids and working with their families but also helping other professionals, sharpening their ABA professionals. At the end of the day, the commonwealth loses, the field of applied behavioral analysis loses, and the digital spectrum disorder community loses, as well.”

According to his attorney, Brent Caldwell, they plan to file for Parker’s record to be expunged, but such a motion has to wait six months.