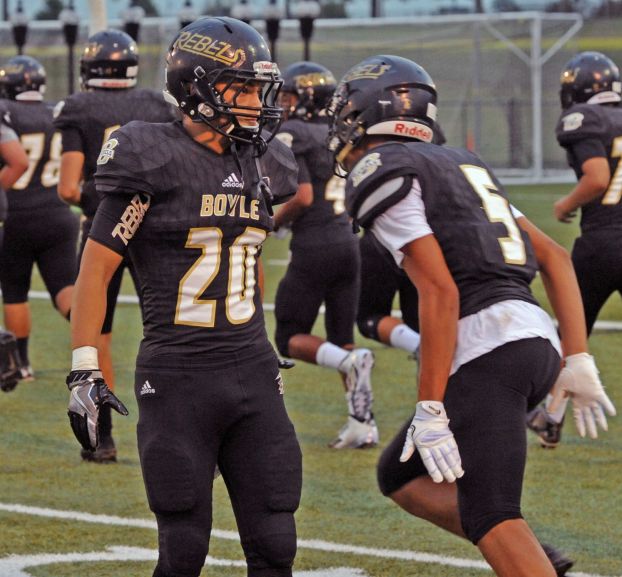 An 0-3 start matched by a three-game win streak has Boyle County at an even .500 entering its first bye week of the season.

The Rebels hardly look like the same team: Their offense is averaging 49 points per game in the last three games after averaging under 20 per game to start the year.

A 57-7 win over Lincoln County last week was the biggest of the season, and should have Boyle in high spirits for next week’s game against Garrard County to open district play.

This bye week, however, Boyle coaches have their sights set on their own team.

Smith gave a few specifics on what he wanted to accomplish this week.

Boyle’s district opponents — Garrard County (4-2), Western Hills (5-1) and Lexington Catholic (1-5) — are all going to be challenging for the Rebels, Smith said.

“District play, everybody comes in at 0-0,” he said. “Everybody comes in with a clean slate. I think our district is pretty tough this year. Garrard has a nice team, Lexington Catholic will be Lexington Catholic and Western Hills has got a nice team this year. It’s going to be pretty competitive in our district. Everybody has got to be at the top of their game going into the last part of the season.”

Smith said his team has honed in during practice and wants to see that continue through district play.

“The morale is good, we finally climbed ourselves out of a hole that we dug ourselves into,” he said. “What I’ve seen so far is an attitude of not being satisfied, still hungry for more. So hopefully they’ll continue with that attitude and those practice habits and we’ll carry it over into the last part of the season.”