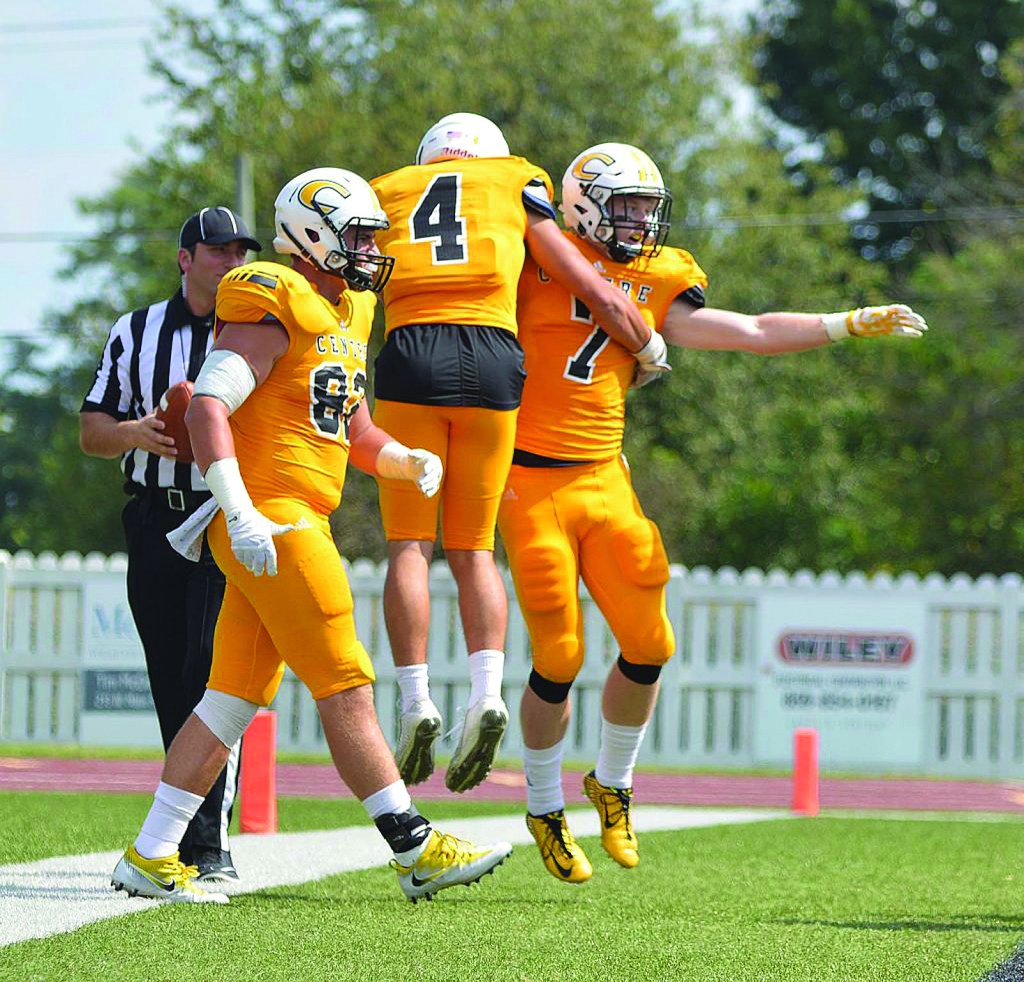 It might be only the fifth game of the season, but it’s hard to overstate the importance of Saturday’s Southern Athletic Association football game between Centre and Hendrix.

The game matches the last two conference champions and two of the last three undefeated teams in the SAA. It also features last year’s SAA Offensive Player of the Year and AFCA All-American in Hendrix running back Dayton Winn.

“He’s the Division III of what the Division I running back from Stanford is, Christian McCaffery,” Centre coach Andy Frye said. “He led the country in multi-purpose yardage. … He’s the real deal.”

Last year, Winn totaled 1,794 yards and 18 TDs on the ground and another 358 yards and three scores receiving. He averaged 7.4 yards per punt return and 23.1 yards per kickoff return, taking one back for a score.

“He’s a threat every time he touches the ball, he’s a gamer,” Frye said. “I’m on that (AFCA All-America) committee and I voted for him.

“You take him out of the team picture, there’s two losses, maybe three losses. He can control the game.”

But the Warriors (3-0, 1-0 SAA) are more than Winn. Quarterback Seth Peters has thrown for 1,019 yards while completing 84 percent of his passes, completing nine for scores and not throwing an interception this season. Peters was first team All-SAA last year.

“He’s a sharp, good thrower, and he’s got good wide receivers to throw to,” Frye said. “They’re a team that can put up points fast.”

The Colonels (4-0, 2-0 SAA) don’t come in empty handed. Junior quarterback Devin Hayes leads the SAA with 11 TD passes and is third with 332.8 yards per game.

Saturday’s game is the final of three-straight conference games Frye pointed to as a big test to start the schedule. The Colonels have beaten Washington and Chicago by a combined 88-55.

“You never can take away winning, that’s the objective, but I will say we can certainly continue to improve,” Frye said. “… The best thing that prepared us are the two games with Wash U and Chicago. Those were two good football teams, they’re going to win football games.

“We knew this was going to be the test of our program. So far, so good.”

During that stretch, the Centre defense has forced six turnovers with a fast, attacking defense.

“The best thing we have defensively is we have pretty good team speed. They rally well to the ball,” Frye said. “We’ve given up some points, but both of those offenses were really good offenses. … Fortunately, we were able to score more.”

True, the season doesn’t end Saturday. But a win for either team can go a long way to claiming the inside track to another SAA title.