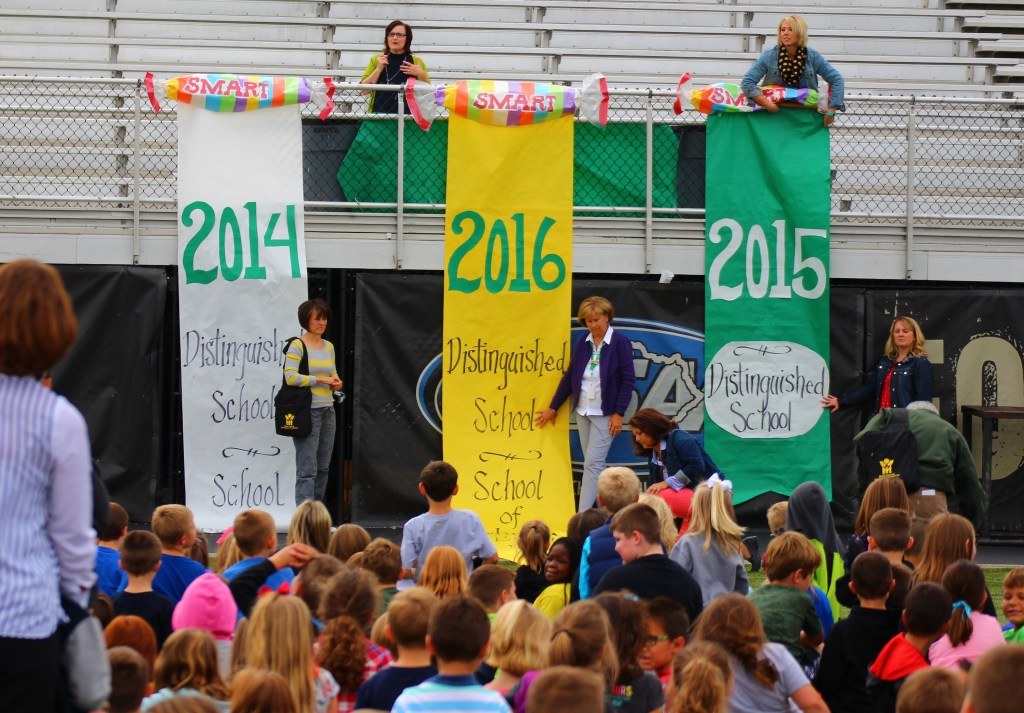 Those are some of the results of the 2015-16 Kentucky Performance Rating for Education Progress (KPREP) assessments, which were released this week. The KPREP is an annual examination of every public school district in the state by the Kentucky Department of Education. It scores individual schools and districts on test scores, graduation rates and more.

It’s a leading year in the Boyle County Schools once again, with all five schools named schools of distinction, and a big year for the elementary schools.

“Our goal was to go up half a point and we went up five points,” Boyle County Assistant Superintendent David Young said.

All three of the elementary schools are in the top 10 percent of scores in the state, LaFavers said, with Woodlawn in the top 3 percent in the state.

The big difference in the 2015-16 year compared to the prior year is Junction City Elementary School earning a distinguished classification. Junction City was the only school in the district to not reach that goal last year.

“Junction City had an incredible year,” LaFavers said. “We would go in the building and talk about it. We would talk about how efficient the building was functioning. You could tell … I even said to Pam (Strunk) in December, this was going to be the year of the jaguar. They were having a strong year. We weren’t surprised to see them jump up.”

LaFavers said he saw the same focus across the district, but “it was easy to pick up on in Junction City.”

The district itself is ranked fourth out of 173 districts in the state, the highest the district has ever been ranked. It’s the fifth year in a row Boyle has been in the top 10.

LaFavers credits the students and teachers as the secret to the district’s success.

“When we look at why we’ve had such success, the first thing we go to is our kids. Our kids want to do their best on everything. It doesn’t matter if it’s a test, an extracurricular activity, a homework assignment — they are committed to everything we ask them to do,” LaFavers said. “… We have unique kids. And they feed off each other, pushing each other.”

The staff plays into that, he said.

Young said the consistency to not only make such high marks each year, but for all of the schools to make high marks is a “testament to the togetherness between our administration, teachers, parents and community.”

“It says a lot about our community. It also says a lot to our community — if your son or daughter goes to the Boyle County schools, it doesn’t matter where you land, they will get a really quality education. I’m proud and thankful for that as a parent,” Young said.

While it wasn’t a strong year district-wide, Danville is making strides, especially at the elementary level, Superintendent Keith Look said.

“We were very excited for Jennie Rogers and Toliver to make the gains they did and to reach proficiency,” Look said. “What we see in those is what we have talked about for the last couple of years — building the appropriate balance between risk-taking and guaranteeing our community the performance that reflects the work going on in each of the schools.”

Hogsett, he said, has shown it’s “not only possible, but that it’s probable.”

“I couldn’t be more happy for the staffs of all three of those schools to have figured out a puzzle that works for them, their students and their community; to be able to do really cool stuff,” he said.

“The middle school still has work to do, but we have work to do at all of our schools,” Look said.

“Those sorts of gains are never easy,” Look said. “The intentional focus has shown impact.”

“This is nowhere near the full gains we would love to make. But at least we are showing the attention we are paying. The strategies we are deploying are having the right impact on all kids,” Look said. “Every school has points of celebration, which is the main thing. What we are seeing is that those points of celebration are becoming more and more common, and that is coming without sacrificing any of the opportunities, in fact it’s come with the expansion of a series of opportunities.”

To see all the 2016 KPREP scores and view information about every district and school, visit bit.ly/2dcH9yr or go to the Kentucky Department of Education’s website at education.ky.gov and click on “School Report Cards” on the homepage.