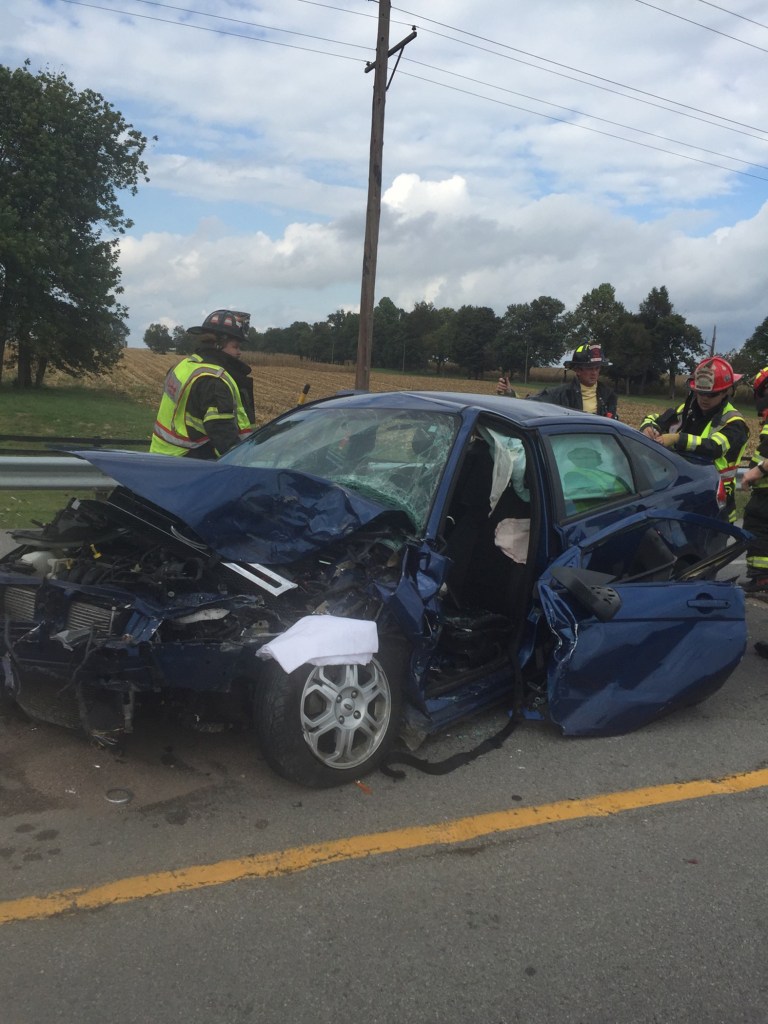 Photo submitted by Mike Wilder, Boyle County Emergency Management The driver of the 2009 Ford Focus had to be extricated from the car, but sustained only minor injuries, according to the Boyle County Sheriff's Office.

About 4 p.m. officers were called to the crash on Perryville Road near Hughes Lane after a 2009 Ford Focus, driven by Benjamin Walker, 21, of Campbellsville, had rear-ended a 2003 Yukon, driven by Patrick Walsh, 33, of Elizabethtown.

According to Deputy Jody Adams with the Boyle County Sheriff’s Office, Walsh had stopped on Perryville Road, with his pregnant wife, Chelsea, 32, and daughter, Laura, 8, to turn, as they were on their way to a wedding. Walker did not see them stop, and rear-ended the vehicle.

Walker had to be extricated from the vehicle, but was alert and had only minor injuries, according to Adams. Walker, along with Chelsea and Laura Walsh, were taken to the Ephraim McDowell Regional Medical Center. Chelsea Walsh, was complaining of back and neck pain, while the younger Walsh complained of neck pain.

All were believed to have minor injuries, Adams said.