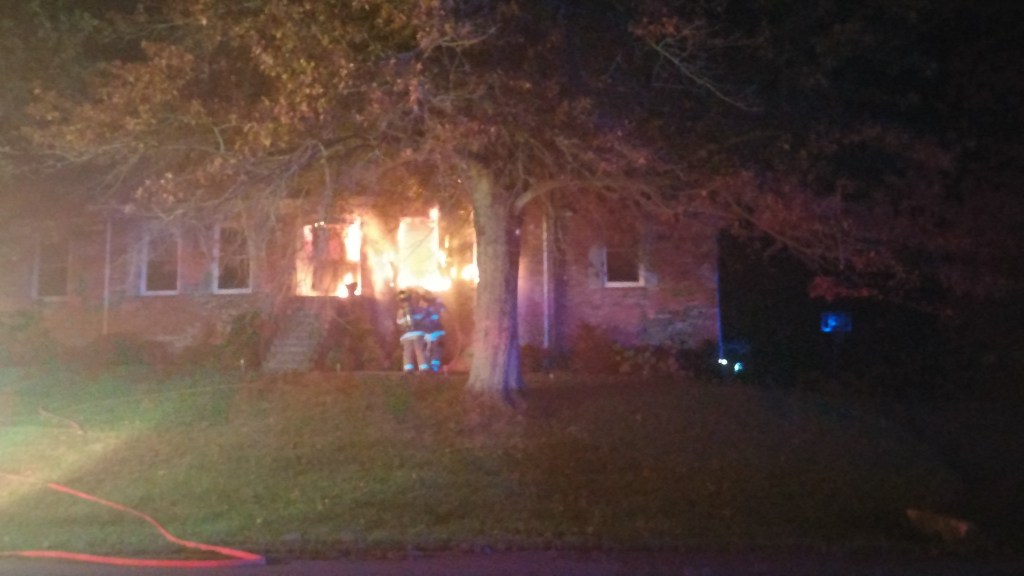 Photo submitted via amnews.com An unoccupied home along Argyle Drive in Danville caught fire early Monday morning, causing substantial damage to the inside of the structure. The cause is under investigation.

A fire broke out early Monday morning in an unoccupied home at 1101 Argyle Dr. in Danville.

According to Danville Fire Marshal Doug Simpson, the call was received at dispatch at about 1:15 a.m.

He said no one was injured in the fire, but the interior of the home was badly damaged.

The cause of the fire is still under investigation.

Submit news tips and photos you take to The Advocate-Messenger by visiting www.amnews.com and choosing “submit a news tip” or “submit a photo” from the “Services” menu.