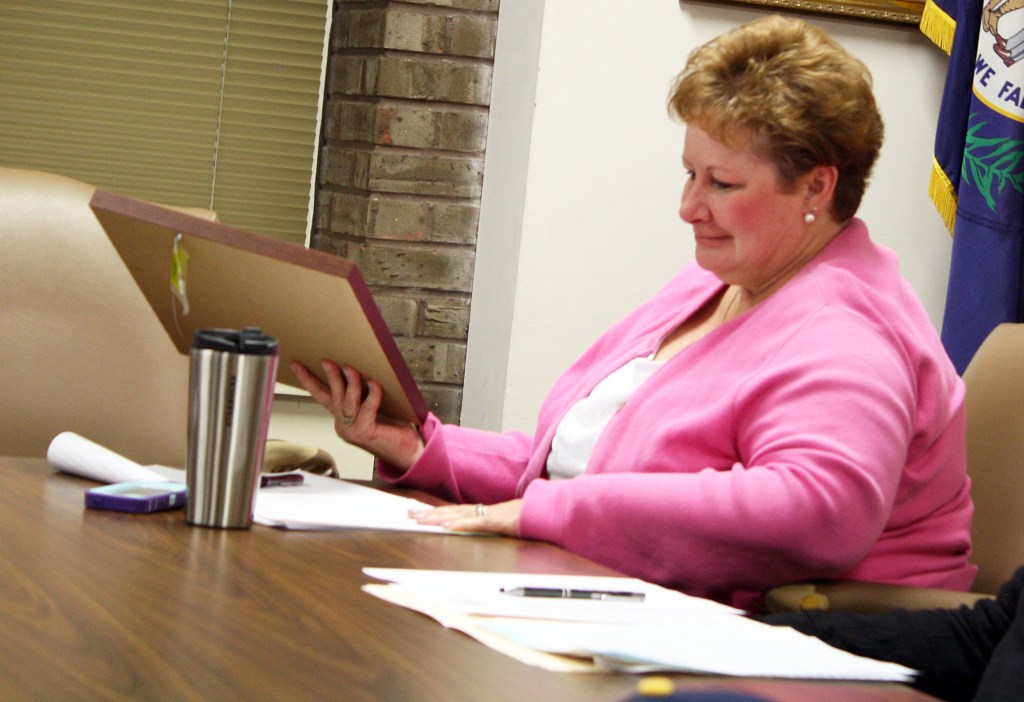 Denise Horn-Spencer is retiring from Parks and Recreation after more than 27 years as an administrative assistant.

Last year, she also took over the roll as office manager, Horn-Spencer said.

At the Parks and Rec Board meeting on Wednesday, she received a picture of Millennium Park in honor of her retirement.

“The most important thing I will miss the most will be the people,” she said. “I have made so many friends over the years, and they all mean so much to me. I have grown to love each and every one of them.”

She said her favorite part of her job was watching several children grow up over the years and now have families of their own that now participate in Parks and Rec activities.

“I want to thank John for all he has done for me and my family over the years,” she said. He has always been there for all the good times and the bad.”

She also wants to extend a thank you to her extended Parks and Rec family and the board members.

“Just because I’m retiring doesn’t mean each and every one of them will be forgotten,” she said. “Once you are a member of the Parks and Rec team, you’re always a member.”