Jerry Wayne Preston, 58, of Lancaster, passed away Saturday at Fort Logan Hospital. He was born in Fayette County on July 19, 1958, to the late Leslie and Nellie Brim Preston. Jerry is survived by his loving wife, Jamesetta. 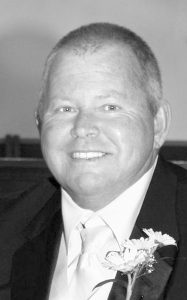 Jerry worked for Disponette Service Co. for Lexington for over 20 years. He was treasurer and an active member of Gilberts Creek Baptist Church. Jerry dearly loved church, friends, and adored his family.