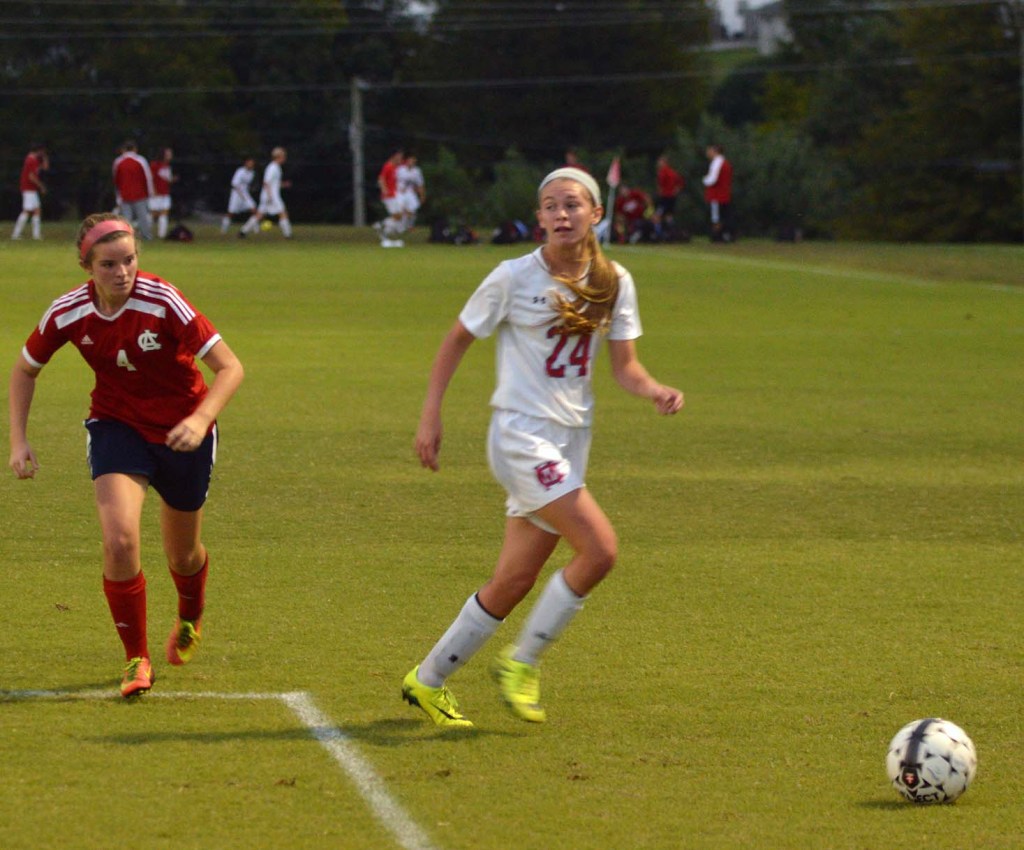 HARRODSBURG — Two weeks ago, the Mercer County girls soccer team was sitting with one win on its record. There were definite growing pains as first-year coach Josh Culver was working to get the Titans to buy into his style of play.

Seems as though the message is getting through.

Mercer blanked Anderson County 4-0 on Monday for their fourth win in the last five games. It’s moved the Titans from an afterthought in the upcoming postseason to a team which could make some waves.

“They’re really buying into what we’ve been preaching in practices,” Culver said. “And they’re really starting to buy into the whole system and philosophy of what I’m trying to get them to do.”

During their 1-8 start, Mercer was being outscored 3.22 goals-to-1.89 per game. During its recent streak, Mercer has nearly doubled up its opponents in scoring.

In Monday’s game, Aubrey Jones had two goals while Allysa Howard and Chelsea Moore each had one.

“It’s not a lot of long ball anymore,” Culver said. “They’re playing as a team, as one together. They’re finding feet, they’re passing, they’re making off-the-ball-movement runs and working so well together.”

“They’ve got this attitude of nobody scoring. They’ve picked it up as a team back there,” Culver said. “They’re not just clearing it out and kicking the ball, they’re actually settling down, finding feet in the midfield. They’re not clearing the ball and giving it right back, they’re finding feet to our players on the wings and in the center which keeps us having possession and gives us opportunities up front.”