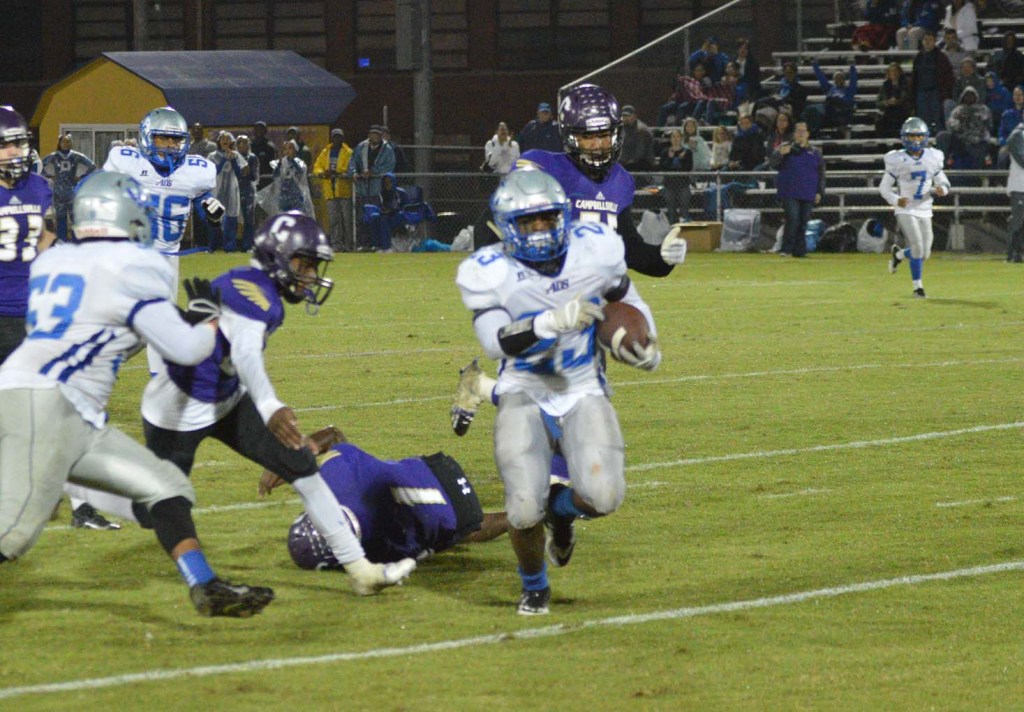 The other morning, Danville coach Clay Clevenger had someone tell him he’d rather see the Admirals beat no one on their schedule more than Somerset, including the intra-county rivalry with Boyle County.

It’s that type of atmosphere the Ads will welcome into Admiral Stadium at 7:30 p.m. Friday when they kick off with the Briar Jumpers in one of the state’s oldest and most heated rivalries.

And it just so happens, both schools are among the best Class 2A programs in the state this year, with Danville coming in ranked fourth and Somerset checking in at ninth.

“Typically we bring the best out in each other. This will be the fourth one I’ve coached in, and in the previous three, I think both teams played pretty well and played hard against each other.”

Clevenger mentioned an incident in the 1970s when a brawl forced the cancellation of the series for a decade. There shouldn’t be any such extracurricular activities Friday, but there will be two tough, hard-hitting and explosive football teams on the field.

Reese targets a pair of brothers on the outside, Josh Cornett and Isaiah Cornett. The duo have combined for over 600 yards receiving.

“They’re both really good,” Clevenger said. “Skill-wise, they’re going to be every bit as skilled as we are.”

The Ads aren’t quite that balanced — quarterback Zach Dampier averages over 250 passing yards per game — but they have a potent and proven weapon in running back Donlevy Harris. The bruising junior has rushed for nearly 460 yards and has nine touchdowns.

As the games increase in importance and the threat of cold or wet weather increases, Clevenger wants to keep the running game as a legitimate option.

“He’s a tough runner, he’s got good balance, he’s strong, he’s got a low center of gravity,” Clevenger said of Harris. “He’s quick. He’s not necessarily a blazer, but he’s quick to the hole. Then he’s strong — he’ll take a few guys to bring him down. He gives him us that run dimension.”

Not that the passing game can’t function in the cold or wet. In a 44-6 win with less-than-ideal conditions at Campbellsville last year, Dampier completed 7-of-11 passes for 118 yards and three TDs.

Not only does Campbellsville represent one of the two biggest rivalry games on the Ads schedule, but it’s also the start of district play. While they bring in a 5-1 record and two-game winning streak to the game, the next three games will go a long way in determining who and where the Ads play in the postseason.

And that’s what it’s really all about.

The Admirals have beaten Somerset three straight times, all under coach Clay Clevenger, nearly doubling up the Briar Jumpers in those meetings (33.3 points-16). Danville will host district-rival Somerset at 7:30 p.m. Friday at Admiral Stadium.