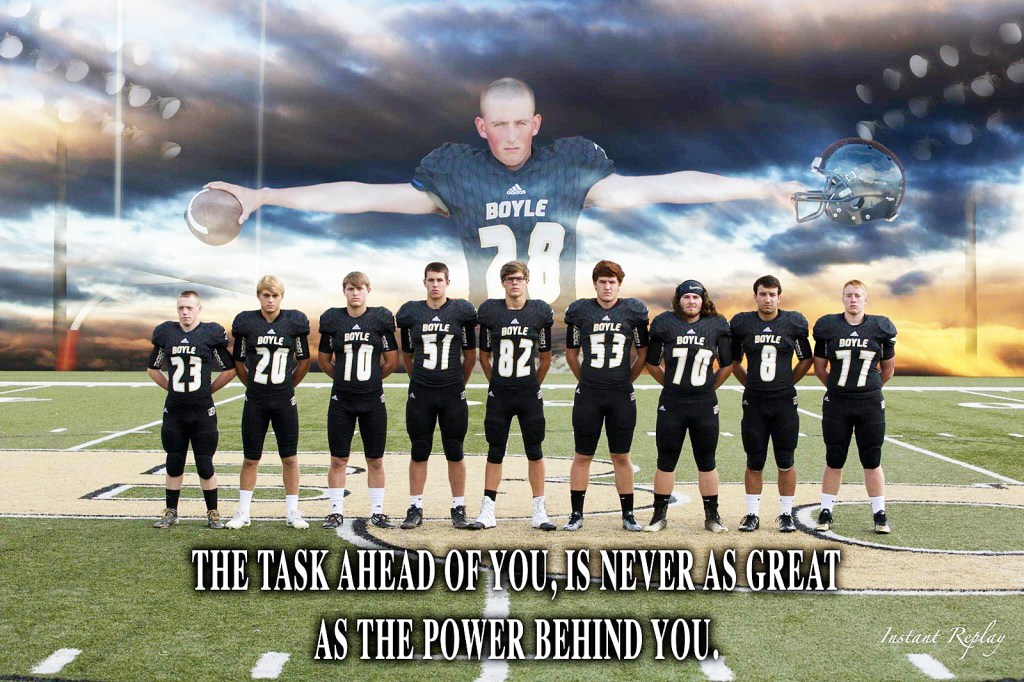 Instant Replay Images Rebels with a Cause is the signature motto behind the Boyle Rebels football team this season. Ben Retallick’s patriotism is an inspiration to all of his teammates. 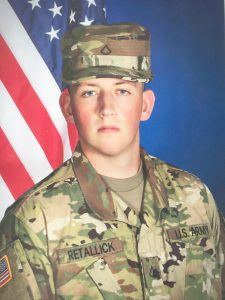 Serving our country as an American soldier is considered to be one of the most honorable things someone can do. Not all feel this calling, but Boyle County senior Ben Retallick responded before he even completed his junior year. Retallick left for the Army’s basic training camp in Fort Jackson, South Carolina, on May 31 — an experience that would influence his life forever.

In most cases, those who enter the Army do so after graduation, but Retallick wanted to get a head start. “I just always wanted to enter the military,” he stated. Even before entering middle school, Retallick had a goal of joining the Army. In fact, Retallick’s family had supported involvement in the military for many years. His older brother, Cameron, entered the year before he did, and Retallick believed that it was now his turn.

Basic training did more than provide Retallick with new opportunities; it gave him a different perspective on life.

“School’s all about being safe, and in the military, it’s all about danger.” Basic training allowed Retallick to appreciate the work of soldiers as well as the safety that the American people are provided.

Retallick found basic training to be quite different than he thought it would be.

“It was harder than I expected. The Ruck March, a 12-mile run-march, was really challenging!” he said.  Hard work and dedication are not optional when entering the military. During those intense 10 weeks, Retallick faced many mental and physical challenges, but was able to overcome them all.

This wasn’t new to Retallick, who is a member of the Boyle County football team. Hours and hours of highly intense practices enabled him  to transfer his football toughness to military strength.

“Football taught me how to be persistent and not give up, especially when things got hard at basic,”  Retallick said.

Since he was still in Fort Jackson, summer football workouts began without Retallick, but teammates say he was still with them mentally. Senior Trintin Ashburn thought they should support Retallick’s entrance into the military through their annual Rebels With A Cause campaign.

Teammates and coaches loved the idea, so this year’s campaign will support Homes for Our Troops,  generating funds throughout the season dedicated to building modified homes for disabled veterans.

“I couldn’t believe it, they chose to do something for Ben and other military veterans. It’s just wonderful,” Barnett said.

Rebels With a Cause gives $.90 for every dollar made to the veterans’ initiative. In addition, every shirt sold is a symbol of Boyle County Football’s support of our military,  as well as for Retallick.

“I grew a lot in maturity and perception of everything. It really made me appreciate my friends, family, and how good I have it.”

His willingness to enter the military early will allow him to have a head start on his future career path. “My goals are to stay in the military and retire after 20 years or so, after earning a degree in history at Morehead State.”

Retallick made the honorable decision to serve in the military, and has since returned to Boyle County High School — now Army strong.