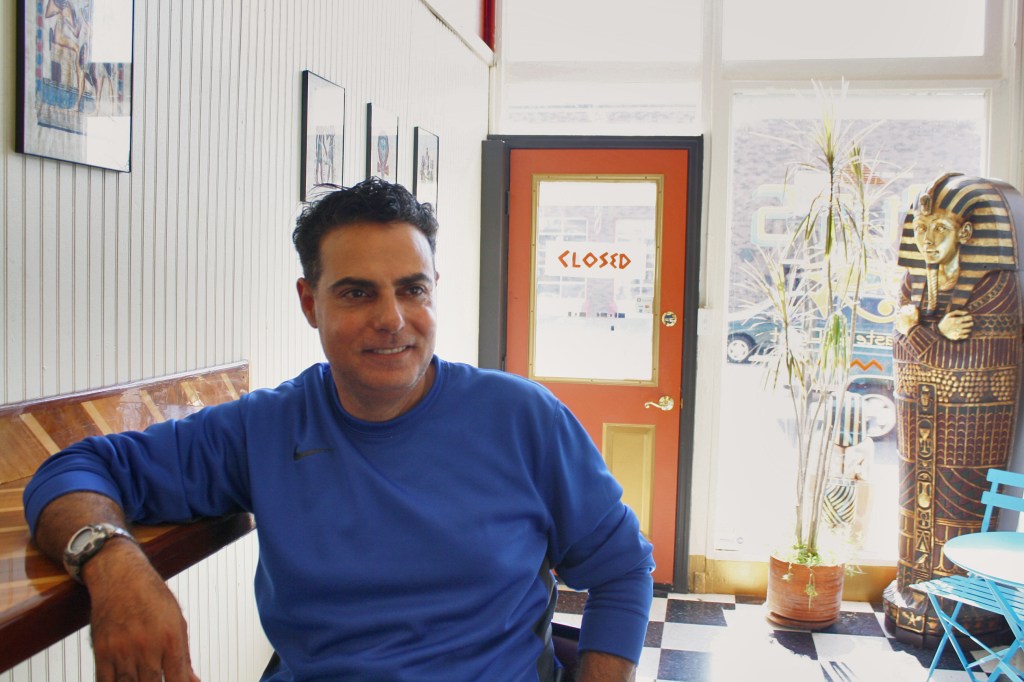 Tut’s, an Egyptian restaurant located on Main Street in Danville, opened its doors the first week of June and has been running smoothly ever since.

Owner Ashraf Ramadan-Emam has been a Danville resident for seven years after moving to Kentucky from New York, however, he is originally from Cairo, Egypt where he was in the Egyptian airforce for a little more than 15 years.

Once he moved to Danville, he had a hard time finding a job, he said. He started working at Pizza House, which is no longer in business, and then worked at Giovanni’s.

He had a dream to open his own Egyptian restaurant in town. With help from the owners of Serendipity Sisters, who own the property, he was able to achieve that dream.

“I decided to open a restaurant because I love to cook,” Ramadan-Emam said.

He said most people have never experienced Egyptian food, but they have experienced Greek food, which is similar. The main difference between the two is the seasonings used in the food, he said.

Ramadan-Emam said he wants to bring Egyptian food to Danville because there are places in Lexington that serve the same kind of food and now it’s a local option, too.

“I want this place to succeed,” he said.

He said he does his best every morning when he comes to work at 6 a.m. to start preparing the food.

Ramadan-Emam said he serves different food every day so his customers don’t get tired of eating the same thing every time they come in.

“There’s the option to try something new,” he said.

Right now, the restaurant is open from 11 a.m. to 4 p.m. Monday-Saturday. Ramadan-Emam said he would like to expand and remain open during dinner hours. But in order for him to do so, he has to find someone to train to make the dishes he serves.

He said the first four months the restaurant has been open have been interesting.

“I did not expect to have this much business and people come and try the food. It surprised me. They are excited about the food and they love it after they try it,” he said. “I wish all of Danville is happy with this food and with my restaurant.”

In order to help Ramadan-Emam improve his business, he is asking for feedback from his customers. He wants to have a successful business where he is able to serve the people.

“Let us know if you don’t like anything so we can change it and fix it for the better,” he said. “We have no problem with pleasing people. We serve what the people like, not what I like.”

IF YOU GO
Tut’s restaurant is at 415 W. Main St. in Danville and is open 11 a.m. to 4 p.m. Monday-Saturday. Its Facebook page is facebook.com/tutstogo.