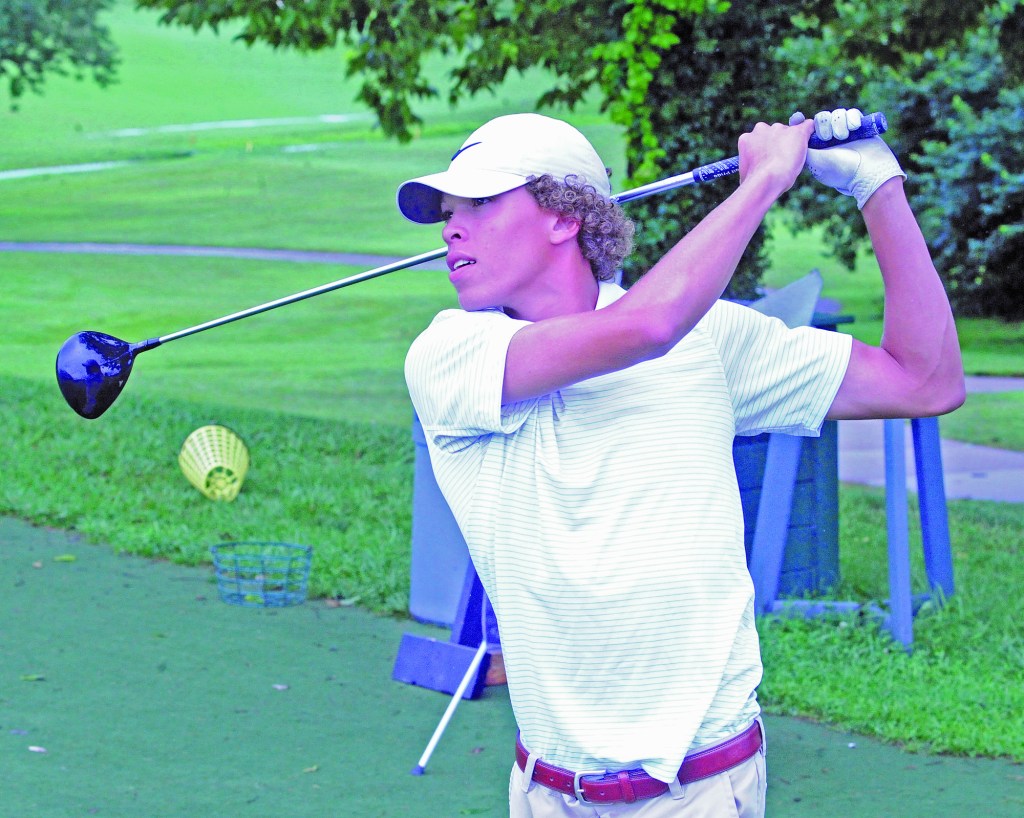 Matt Overing/matthew.overing@amnews.com Danville junior Jared Southerland will tee off in the KHSAA state golf tournament at 8:48 a.m. Friday at Bowling Green County Club. It's Southerland's first appearance in the tournament after close misses as an eighth grader and freshman.

Jared Southerland talked to his parents three weeks ago, telling them something in his golf game felt different, better.

“I said, ‘I can feel my game coming around, I can feel an outbreak coming, and I think I’m going to play the best golf I’ve ever played,’” he said. “It’s weird that that’s actually happened. It was crazy.”

The Danville junior turned the corner and found a 1-over-par 73 at last week’s region tournament waiting on him, giving him a spot in this weekend’s KHSAA state tournament at Bowling Green Country Club. He’ll tee off at 8:48 a.m. Friday on hole No. 10 to begin the two-day tournament.

“It’s barely feeling the ball come off the clubface, just looking at the hole just knowing I’m going to make that putt,” he added. “It’s a great feeling.”

Southerland has been close to breaking through before — he was one shot off qualifying for the state tournament as an eighth grader and a freshman before he “blew up” last year. He couldn’t point to one concrete part of his game which improved other than just gaining maturity as he’s gotten older.

“I’ve matured as a golfer over the last year, I’ve really pulled the reins back on my game,” Southerland said. “I’ve been practicing a lot, at the course four or five hours a day working on my game.”

He’s never played or seen the course in Bowling Green before a practice round today, when he’ll jot notes down to use Friday. But that doesn’t worry him; he talked about a tournament over the summer in Louisville when he arrived five minutes before his tee time to a course he’d never seen before and finished third in the field.

“I’ve went to tournaments and shot really well at courses I’ve never seen before,” Southerland said. “For me, if I’m hitting the driver straight, if I’m putting the irons to the distances I need them, and if I’m making putts.”

It’s the third straight year a Danville golfer made the state tournament field after Spencer McKinney played in the tournament the previous two years.

The strength of Southerland’s game is his driving — he said in great conditions, he can get it out there 305 yards, and if he doesn’t hit it flush or if he’s facing a wind it will go 295. He admitted that type of length can be intimidating for his playing partners, but they make up for it in an area Southerland envies.

“It happens, I don’t want to say often but it happens more than you would think,” Southerland said. “They’re still beating me because their short games are phenomenal. I’m sure they’d like to hit it that far, but I’m here wishing I could stick my wedge within five feet every time.”

If Southerland can post two more scores in the low 70s, there won’t be too many guys above him on the leaderboard. He wants to carry the confidence he’s built over the last few weeks into the state tournament.

His goals for the tournament are pretty simple.

“I’d like to go and just make some noise,” Southerland said. “Play good to my standards and play the way I know I can play and heck, who knows.”