Danville craft distiller singled out by expert on bourbon 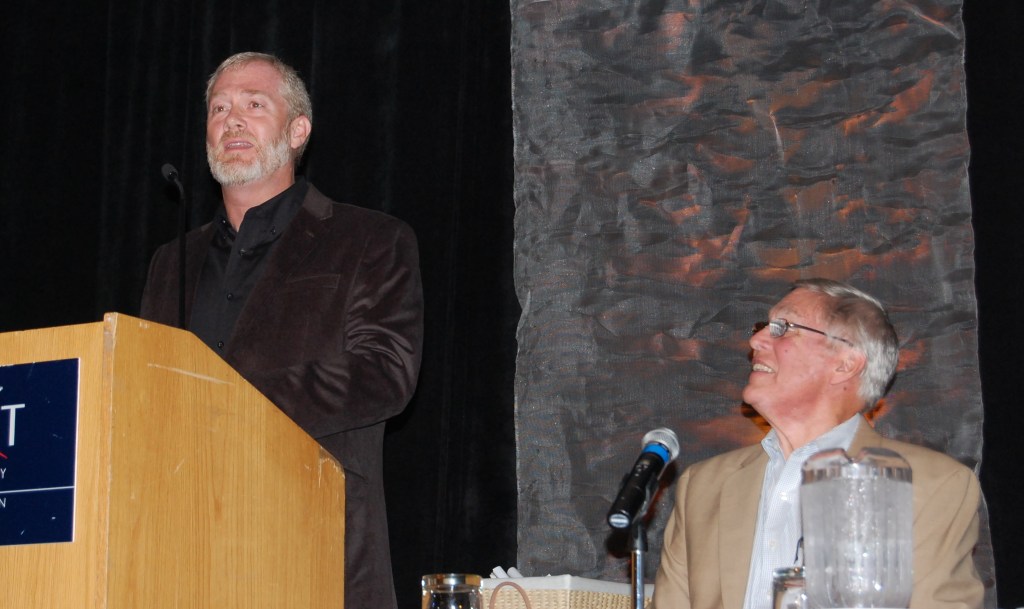 LEXINGTON — Bill Samuels Jr., who directed the ascent of Maker’s Mark from a regional spirit to an internationally known product, has seen bourbon tourism surge from zero to nearly 1 million annual visitors.

In retirement, he’s become a volunteer visionary for the industry who coaches new craft distillers and promotes the Kentucky Bourbon Trail. For a time, Samuels said the industry wondered if tourism interest was “a flash in the pan or whether it had some sustainability.”

After doing research on tourism in the Napa Valley wine country, he’s now convinced the Bourbon Trail can rival that experience and create thousands of new service jobs.

“With all the craft distilleries, we’re guessing that the new total influx is at least compounding at 20 percent per year,” he said. “It’s probably closer to 30 percent.”

Speaking Thursday at the Kentucky League of Cities conference in Lexington, he praised innovative new entrepreneurs, singling out craft distillers in Danville and Radcliff.

Samuels yielded some of his time at the microphone to Shane Baker of Wilderness Trail Distillery, who said the business has grown to 20 jobs with an annual payroll of $1 million since opening in 2013.

Involved in distilling business for more than a decade, he said recent changes in Kentucky law “really accelerated our opportunity to start our own distillery.”

Baker said the company buys its grain and other needs locally, which “provides a double impact for our community.”

As it takes the first steps into tourism, Baker said he has noticed secondary growth in the community, including new restaurant ventures and three microbreweries.

While waiting for its first bourbon to age, Baker said the company created a revenue stream through rum and a vodka produced from bourbon mash.

In Hardin County, a similar story has emerged at Boundary Oak Distillery. Recruited by Radcliff Mayor Mike Weaver, the distillery has relocated from a rural family-owned site to a  a tourism-ready building with direct access to Interstate 65.

Following Baker to the podium Thursday, Weaver described the city’s favorable lease arrangement for the former Challenger Learning Center. Although not formally admitted onto the Kentucky Bourbon Trail, Boundary Oak opened to tourists three months ago and is welcoming guests daily.

Boundary Oak benefits from three adjacent hotels and a fourth is being developed. Weaver said the city wants to create a tourism experience to keep the guests in town.

He said the city plans to use its 32-passenger trolley-style bus to escort visitors to nearby attactions including the Kentucky Sept. 11th Memorial, the General George Patton Museum and Center of Leadership and a view of the U.S. Bullion Depository at Fort Knox.

“Our plan is to showcase every bit of this and advertise as much as we possibly can,” Weaver said. “But make no mistake about it, everything that we plan and do is tied to bourbon and the Bourbon Trail.”