This week’s events at the Boyle County Public Library 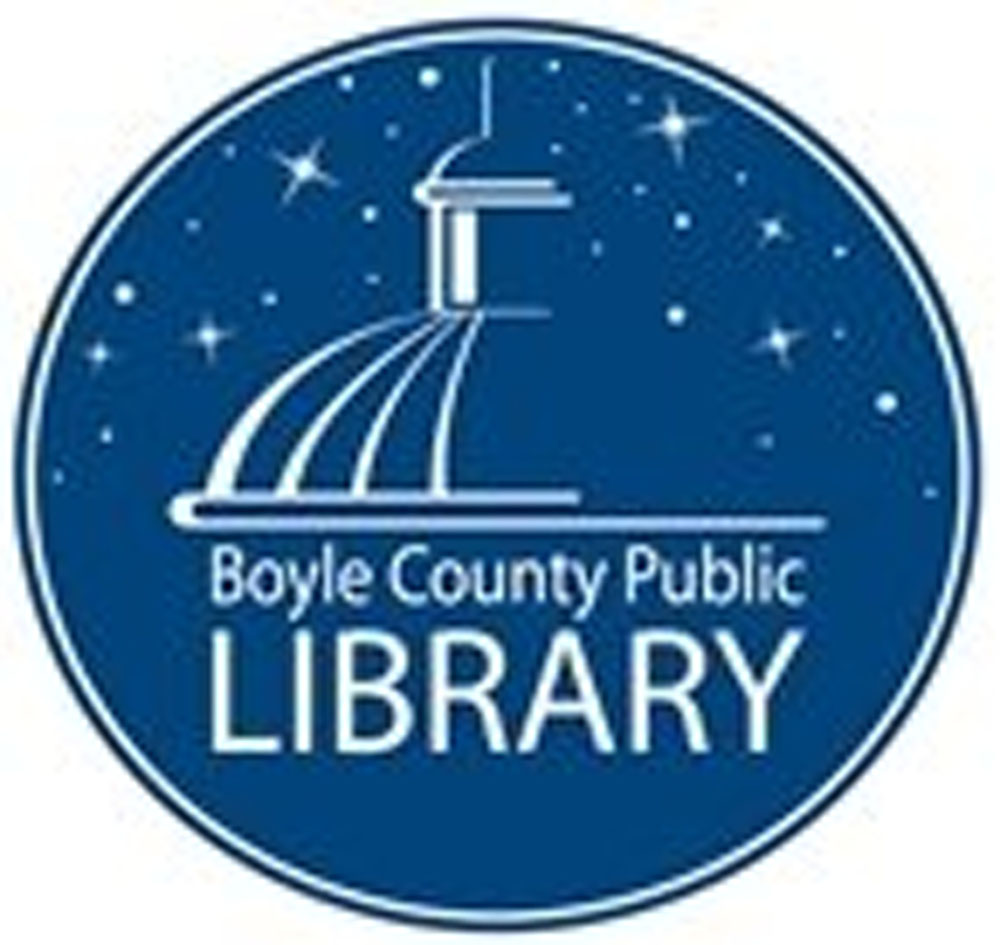 The Boyle County Public Library offers many fun, educational events throughout the year. Weekly programs include Crafters Who Care 6 p.m. Mondays; Coding Club 4 p.m. Wednesdays; and Open Chess 4 p.m. Thursdays. In addition to these weekly events, the following library-sponsored programs are scheduled for this week:

• Ireland Behind the Scenes: Singing and Stories from Ireland

Today at 3 p.m., award-winning Irish actor Kieran Cunningham will visit the library to sing and play songs. Cunningham has worked in Manchester, England, for more than 20 years as a pub singer and actor.

In 2013, he came to Danville to appear in “The Search for Tinker Doyle” at Pioneer Playhouse, and has appeared in numerous television series, including “Coronation Street” and “Game of Thrones.”

He will be joined by John Harney, assistant professor of history at Centre College, who will talk about the history of Northern Ireland as covered in the play “Two Sore Legs,” a Scarlet Cup Theatre presentation to be held at Mallard’s Restaurant Oct. 13-15.

Ireland Behind the Scenes is an enrichment program for “Two Sore Legs” and will be held in the Community Room at the library. Light refreshments will be available.

• Around the World with the 2M2 Book Club

The library offers a variety of book discussion groups each month, including the Reading Around the World: 2nd-Monday-at-2 Book Club (2M2), which meets 2 p.m. the second Monday of the month in the Mahan House at the library. Selections include fiction and historical fiction books set in locations around the world.

On Monday, Oct. 10,  the group will discuss “Major Pettigrew’s Last Stand” by Helen Simonson. Those interested in participating may register at the Circulation Desk in the library.

The library offers a monthly book club for tweens (ages 9-13). At 4 p.m. Monday, Oct. 10, the group will discuss “Fish in a Tree” by Lynda Mullaly Hunt and participate themed activities. Snacks will be available. Any tweens interested in attending may register for the program by signing up in the Children’s Library.

• What Comes After the Arrest with Steve Bright

The Friends of the Library will host “What Comes After the Arrest” with attorney Steve Bright 7 p.m. Monday, Oct. 10.

At this program, Bright will discuss his work with poor people accused of crimes, the conditions and practices in prisons and jails, and some of the ways that race and poverty influence discretionary decisions made in the criminal justice system. Originally from Boyle County, Bright is president and senior counsel of the Southern Center for Human Rights.

He teaches at Yale Law School, and has argued several cases before the United States Supreme Court. This event will be held in the Community Room at the library.

The library will host an Emeraldalicious Party 4 p.m. Tuesday, Oct. 11. In this story by Victoria Kann, Pinkalicious learns about recycling and helps create an Emeraldicious world with her magic wand.

Children will participate in “greenerific” activities, crafts, games and snacks. Registration is required for this event. Call or stop by the Children’s Library to register. This event is for ages 4-8.

The Friends of the Library continue with their annual Fall Film Series 7 p.m. Thursday, Oct. 13. Films will be shown on Thursday evenings in the Community Room at the library through early November. The post-film discussion will be led by Charles Vahlkamp. Popcorn will be available and there is no charge for admission.

This week’s film from 1964 offers an incisive look at the American political process as various candidates vie for the endorsement of the outgoing incumbent president.

More information about these or other events at the Library can be found online at www.BoylePubLib.org or by calling the Library at (859) 238-7323.