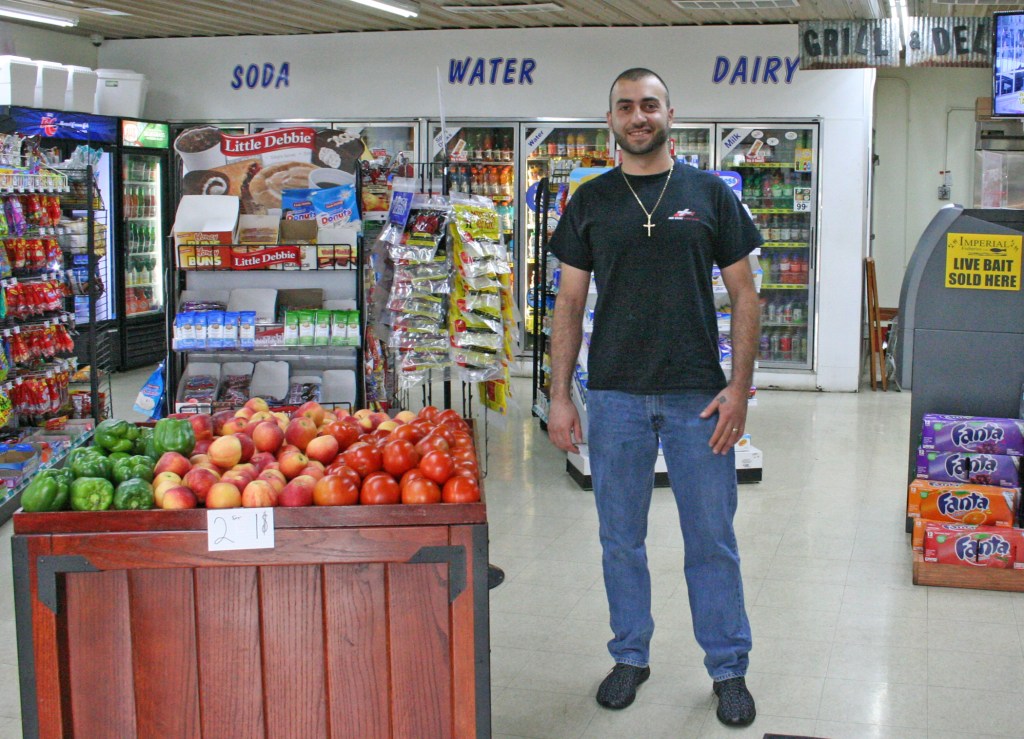 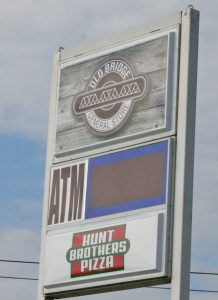 A longtime Boyle County business has new life thanks to Sajee “E.J.” Anfous and his business partner Jeff Niklaus, and the men are grateful for the opportunity.

The two met through their church, Wellington Church in Nicholasville, where both men and their families live. Anfous began attending a Bible study at Niklaus’ house. The two got to know one another and their families became close.

“The trust built up really well. I could trust him, he could trust me. We both know and fear the Lord,” Anfous said.

Niklaus works in Danville and would pass what is now the Old Bridge General Store, then Hancock’s, on his way to work. When the opportunity became available, the men decided to buy it and go into business together.

The store is on the eastbound side of Ky. 34 in Boyle County, just west of Old Bridge Golf Club.

At the core, Anfous said, it’s their beliefs that matter.

“We are honored to be in Boyle County,” he said.

The welcome to the area has been a warm one, Anfous said.

The men have worked to give the Old Bridge General Store a bit of a classic general store feeling, a place where patrons could get whatever they needed. The decorations also reflect their faith, with a framed copy of the 10 Commandments on the wall and a scripture verse of the day. They also provide some humor with a quote of the day on the same board. 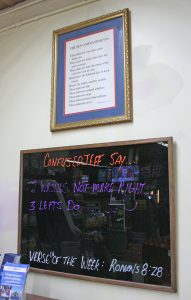 Another board provides space for local businesses to post their business cards and other information, Anfous said.

“We are more than glad to help,” he said. That help extends to organizations who are working to raise funds, such as the Danville-Boyle County Humane Society.

Anfous has citizenship by birth in both the United States and Israel — his mom was an American citizen and he has maintained dual citizenship. He has family in Lexington and in the old city of Jerusalem, he said.

“We’ve been there since Jesus,” Anfous said.

He spent much time going back and forth throughout his life, but after getting married, Anfous and his wife Rozana, Rose for short, moved to Nicholasville. They are now expecting their first child, due in May.

Anfous and Niklaus are both veterans but of different country’s military forces. Anfous served in the Israeli Special Forces and Niklaus served in the U.S. Army. They said because of that, they have a special appreciation for fellow veterans and for emergency responders. They offer 10 percent off food and beverages for those who serve in the military or as EMS, police officers, firefighters and other first responders. The discount is 20 percent if they are in uniform.

“We appreciate them for what they do and what they provide for our community. We appreciate the sacrifices they make on a daily basis. I want them to know — Jeff and E.J. and both their families and the business appreciate everything they do,” Anfous said.

Anfous spent his time in the Israeli Special Forces in field intelligence. He speaks of his time with pride, but said he doesn’t want to glorify himself in that.

“I’m honored to serve. I believe whoever served, served for him and his country. It’s a small sacrifice. We had men that died in that line of service — they deserve all the glory and honor, not me,” he said. “You shouldn’t join the army to glorify yourself. You join to fight for home, for the flag, for the constitution. The glory and appreciation is for the ones who died defending. They made the ultimate sacrifice.”

Niklaus deserves to be spoken of, Anfous is quick to say, because of his 20 years in the U.S. Army, during which time he was a pilot in Somalia, and was involved in the battle of Mogadishu, well-known from the movie “Black Hawk Down.” Niklaus was the pilot of a Black Hawk helicopter with the call sign Super 67.

Eventually, the two hope to expand the business. But for now, Anfous said they are grateful for the success they have found since opening in February. 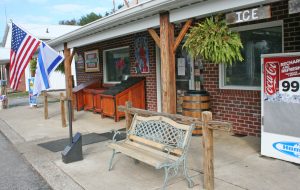