June was a beloved wife and sister. She was a member of the American Legion Ladies Auxiliary as well as an avid quilter, crocheter, consummate cook and homemaker. 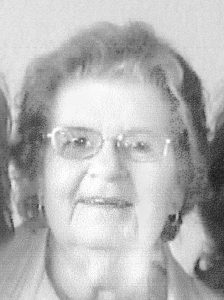 She was preceded in death by her husband, Wayne Eades, and her parents David and Irma Abdon.

Memorial contributions can be made to the Wounded Warriors Project P.O. Box 758517 Topeka, Kansas 66675.

Online condolences can be made at www.linnemannfuneralhomes.com.