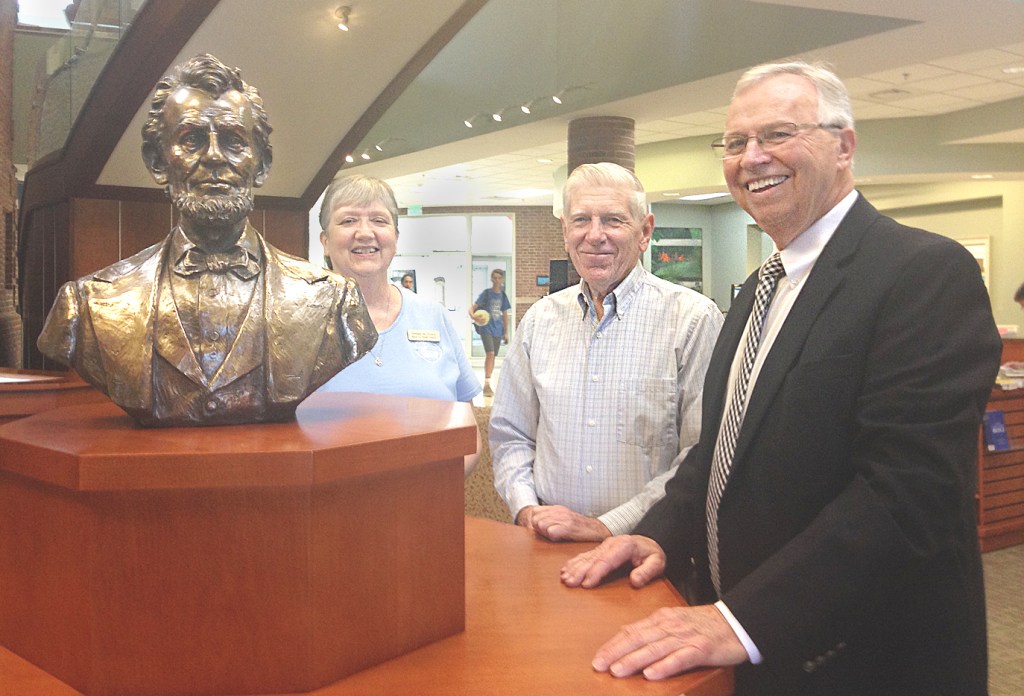 Wayne Thurman, representing the community center, made the presentation to Georgia de Araugo, library director, because of the on-goin 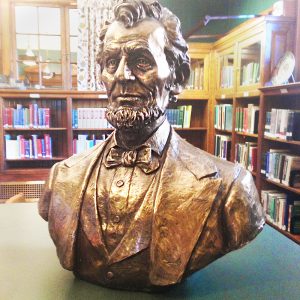 g relationship between the two agencies.

“The library helped get the wireless internet service at the community center several years ago and has continued to work in a partnership with offering computer classes for people in Forkland,” said Thurmond.

Speakers have been provided by the library for the Forkland’s genealogical workshops, and the library has helped with exhibits in the museum, and loaned resources.

The partnerships began in 2009 during the anniversary of the United States Emancipation Proclamation, said de Araugo. It began with retired library director Karl Benson’s help and has continued.

Forkland gave the bust, donated to the center, similar to one in the Lincoln Museum because of the Lincoln family connection in western Boyle County, said Thurman.

Lincoln’s grandmother, Lucy Hanks Sparrow, lived in the community more than 30 years and many of her descendants continue to live there.

“We want people to see the Lincoln bust at the library and also come by the Forkland Lincoln Museum to see our bronze piece of Lincoln taken from a life mask in 1860, said Thurman.

We also have lots of memorabilia of Lincoln in the museum.

“This is good timing for the Forkland Festival which celebrates its 45th anniversary, said Thurman. The festival runs Friday through Saturday night.

The local library was one of 60 state libraries to get grant funds from the American Reinvestment and Recovery Act in 2009 to provide computer training in remote sections of the county, according to de Araujo.

Forkland was selected for the wireless service because there was no wireless internet and limited cell phone service in the area. The community center also got funds to buy a mobile computer lab for eight laptop hookups.

“People without service can drive to the community center building and use cell phones and computer equipment,” said Thurman.

Brittany Smith, who works with the adult programming services at the library, also works with the bookmobile which comes to Forkland every two weeks. It offers books, DVDs and is a Wi-fi hot spot.

Smith will be teaching computer classes at the community center later this year.