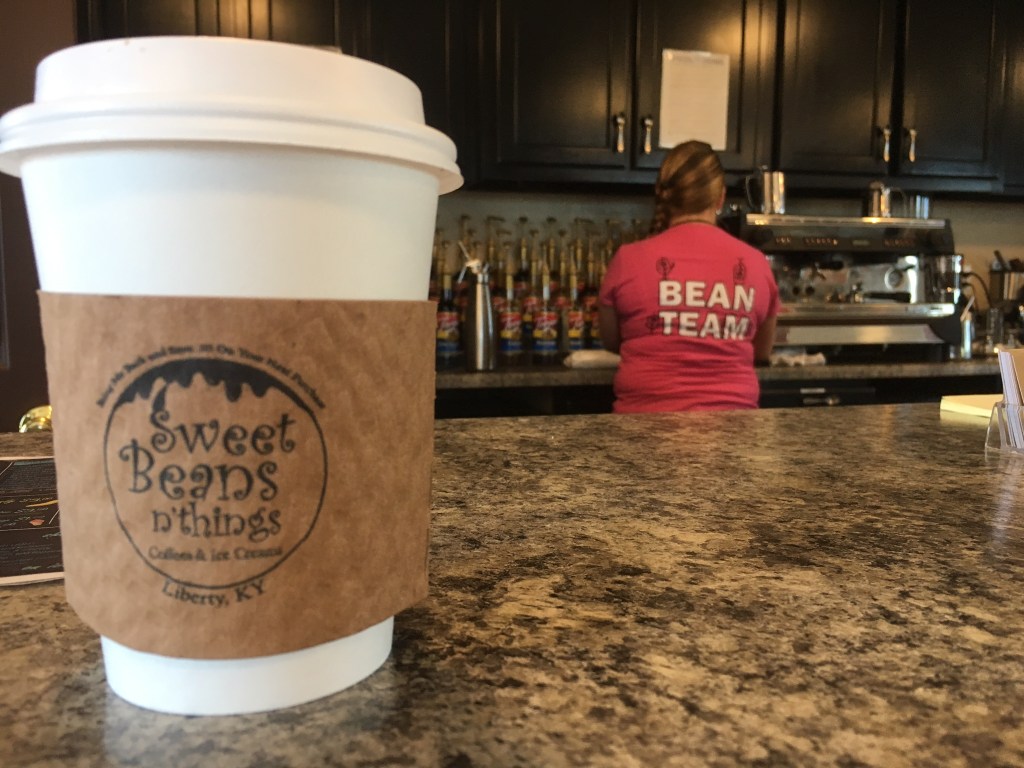 Sweet Beans n’ things, originally from Liberty, has been open for business in Danville at 400 Finn Hill Dr. for a little over two months. It is the business’ third attempt at opening a second location outside of Liberty.

Owner Laura Hebrock opened Sweet Beans n’ things in Liberty in December 2011 after realizing what the small town needed was a coffee shop.

After the coffee shop’s success in Liberty, she opened a second location in Russell Springs, which then moved to Jamestown in 2014. But business did not go as well outside Liberty and those locations closed.

“This is our third attempt at having a successful restaurant in another town,” Hebrock said.

The property owner of the Danville location had been talking with Hebrock for quite some time about opening the coffee shop in Danville.

After saying yes to the Danville location, everything that was in the Jamestown location was brought to Danville.

“We just thought it would be a great opportunity to be here in Danville,” Hebrock said. “We’ve done really really good. I’m really pleased with it.”

Sweet Beans n’ things’ coffee is imported from Oregon, which is where Hebrock is originally from.

“I thought it would be pretty cool to bring a little bit of Oregon to Kentucky,” she said.

Sweet Beans has much more than just coffee. They offer smoothies; milkshakes made from their 12 flavors of ice cream or from their signature coffee drinks; banana splits; homemade hot chocolate; Italian soda; flavor-infused Red Bull drinks and their Danville special, which is hot apple cider.

Along with their drinks and sweet treats, they also offer lunch with daily specials along with catering services.

The Danville location has dining tables for those who want to sit down and enjoy lunch or dinner. There are couches available for casual conversations over coffee.

For those who enjoy sitting outside, the location also has an outdoor patio.

The coffee house is open Monday through Saturday; Hebrock said she is looking into opening on Sundays soon.

In Liberty, the business has participated in several events and festivals and been involved with students in the local school district.

Ginger Hebrock, manager of the Danville location and a family member of Laura Hebrock, is hopeful the third time is the charm for a Sweet Beans expansion.

“We want to stick around,” she said. “People know it’s here, and we’ve been doing fairly well.”