David Craig Elder, Jr. 48, of Crab Orchard, passed away Monday, Oct. 10, at the Fort Logan Hospital in Stanford. He was the husband of Teresa (Davidson) Elder whom he married on June 12, 2008. Craig was born in Lancaster, Kentucky on March 25, 1968. He was the son of Barbara (Lake) Scheffler and the late David Craig Elder, Sr.. Craig was member of the Kentucky National Guard and was an employee of Deco Art in Stanford. He was a member of the Crab Orchard Baptist Church. 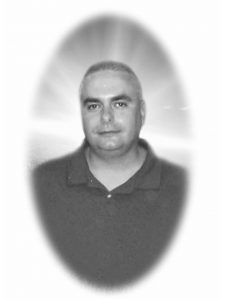