The report analyzes law violations by students in Kentucky’s public schools. A majority of the 655,799 students enrolled did not have a reported law violation in the years analyzed.

Findings of the study for Kentucky as a whole include:

• Marijuana and hash use and possession was the number one violation, making up 23.17 percent of all violations.

• The largest number of violations occurred among ninth graders and a total of 5,545 students committed 6,209 law violations.

The Kentucky Department of Education also collects data on the legal and code violations from students. There are eight behavior events that can be reported: first-degree assault; other assault or violence; weapons; harassment (includes bullying); drugs; alcohol; tobacco; and “resolutions not reported above,” which is a catch-all category for violations that are not counted in another category.

Such other violations could include incidents where students’ actions violate a school rule but not a state law, said Danville Police Officer Chase Broach, the school resource officer for Danville Schools. Violations in the other category could also be situations in which victims choose not to press charges, perhaps because they are satisfied with a school punishment but do not want to pursue legal action, Broach said.

The Kentucky Department of Education shows there were a total 6,209 law violations by students in Kentucky during the 14-15 school year. 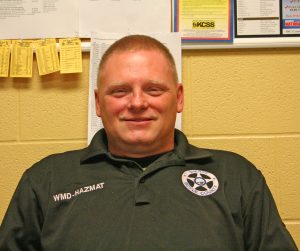 Law violations within the Boyle County School District went down from 2013-14 to 2014-15, according to the report. About 0.77 percent of Boyle County’s 2,586 students were involved in a law violation.

The Kentucky Department of Education lists the top two behavior events for Boyle as harassment — 38 students and 48 incidents — and “resolutions not reported above” — 56 students and 75 incidents.

Deputy Ricky Sellers has only been on the job of school resource officer for Boyle County a few months, but so far, he said he’s faced calls of terroristic threatening, harassment, fights and a few minor drug calls, which usually involve pills rather than other drugs.

“The school handles most issues internally if they can,” he said. 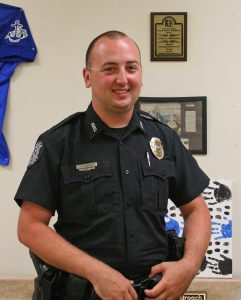 Danville saw law violations go up in 14-15, according to the report. A little more than 1 percent of Danville’s 1,807 students were involved in a law violation.

The top two behavior events were harassment — 35 students and 46 incidents — and “resolutions not reported above” — 281 students and 715 incidents.

Office Broach has been the district’s school resource officer for about six years. He said a lot of the issues students have, such as harassment, stem from cell phone usage. Connected to the phones are issues of harassment via texting and social media; violations of law, such as texting inappropriate photos; and more.

“A cell phone has become such a way of life and it captures so much of life,” he said.

This leads to problems for the students, he said.

Find out more information on the Kentucky Center for School Safety website at http://bit.ly/2dXw86I.

Visit the Kentucky Department of Education website at openhouse.education.ky.gov/ to learn more about various school reports. Safety information is under the learning environment tab.