City council has work to do on local ABC ordinance 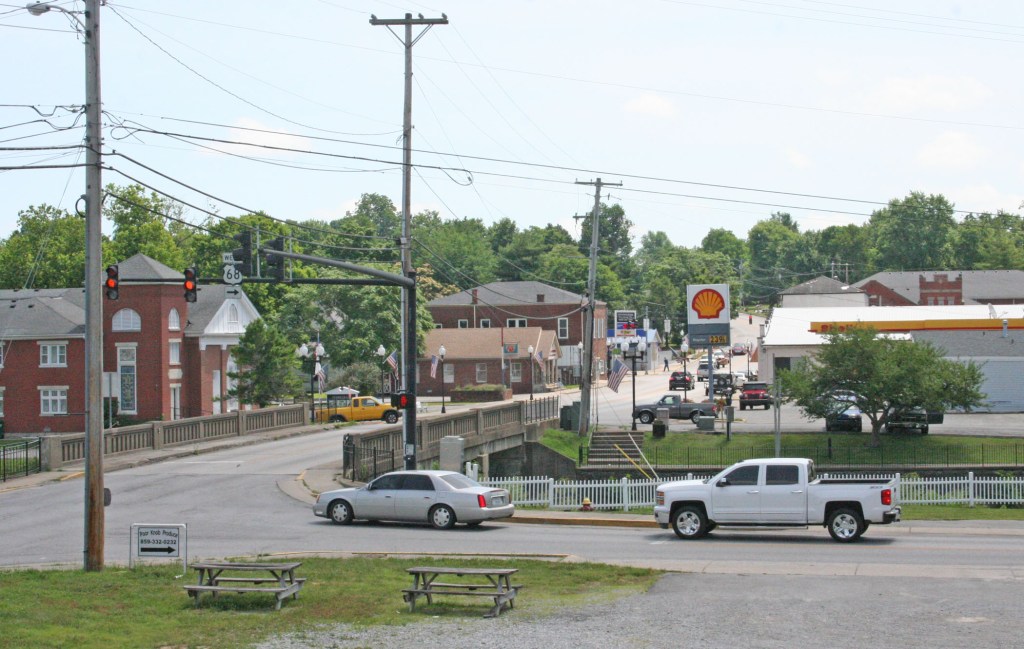 Kendra Peek/kendra.peek@amnews.com Battlefield Station Marathon, background, and Mr. Miser's Store Shell, foreground, are two of the three locations where alcohol could be sold in Perryville. The other is the Dollar Store, located on the western side of Perryville, on U.S. 150.

The Perryville City Council has some decisions to make about alcohol at a special-called meeting, to be held 7 p.m. Oct. 20.

Decisions, City Attorney Lynne Dean said, that include what fees to set; what hours sales should be permitted; and whether or not the council wants to permit Election Day and Sunday sales.

Dean said she would be prepared to answer any questions the council had and show them potential ordinances at the special meeting.

Ideally, Dean said, the city will be able to confidently vote an ordinance in during the regular November and December meetings after their Oct. 20 discussion.

Earlier this year, state Senate Bill 11 opened the door for cities the size of Perryville — with fewer than 3,000 residents — to hold votes on legalizing alcohol sales independent of their counties.

Business owners began meeting with Main Street Perryville officials to learn more about what an alcohol vote could mean for their respective businesses. At the time, owners were apprehensive about making too many plans, as the implementation required first a petition to hold a vote and then a vote from residents in favor of alcohol sales.

Jerry Houck, a longtime Perryville resident and business owner said business owners were being careful because “we don’t want to misstep and make it something detrimental.” 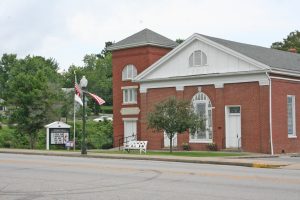 Kendra Peek/kendra.peek@amnews.com
A “Vote No” sign adorns the front yard of a Perryville Church, one of the first signs to appear relating to the vote.

Boyle County Clerk Trille Bottom said 25 percent of the people who voted in the prior general election were needed for the petition to be successful — only 186 of the city’s 574 voters turned out for the last general election, meaning only 47 were needed to trigger the special election. Signatures had to be those of qualified, registered Perryville city voters in precincts A101 and A102.

In August, the petition was filed in Bottom’s office with 100 signatures listed. Eighty-eight of those were certified as current residents of Perryville eligible to vote in the special election.

The special election was set for Oct. 4. On that day, 229 residents of Perryville voted 118 to 111 in favor of alcohol sales in the city.

Once the result of the vote was officially certified on Oct. 6, Perryville was on the clock to establish an ordinance regulating alcohol sales within 60 days if it wants to receive revenue from alcohol sales as soon as the first businesses begin selling. 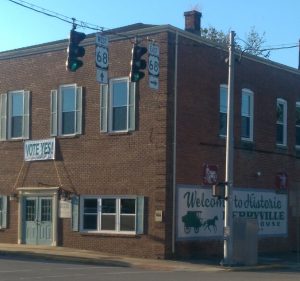 Photo submitted
The Boyle House with a “Vote Yes!” sign prior to the Perryville alcohol vote on Oct. 4.

Without a local ordinance, businesses would only have to get licenses through the state and the city wouldn’t be able to collect any revenue from alcohol sales. An ordinance could still be established later if it isn’t in place within the 60 days.

Two package-liquor licenses will become available in Perryville. Based on population, Perryville would only qualify for one, but two is the minimum granted to a city in order to prevent a monopoly, according to news archives. The city will also have an unlimited number of licenses for restaurants meeting certain requirements, according to state laws and information from officials with the state Department of Alcoholic Beverage Control. Restaurants must be able to seat 50 people and make at least 50 percent of their gross sales from food.

Employees at the Battlefield Station Marathon and Mr. Miser’s Store Shell confirmed on Wednesday that they plan to apply for some type of license to sell alcohol.

Temporary licenses could also be available for special events.

The city could create a position for a local Alcohol Beverage Control administrator, but it’s not a requirement for a city the size of Perryville, according to state law. The law says a local alcoholic beverage control administrator shall be appointed by the city manager or mayor.

Mullins said state law dictates the types and amounts of fees the city can charge, as well as the amount that fees can be increased each year.

During an Oct. 6 council meeting, council member Tim Simpson expressed a desire to use a portion of the funds to help repair the city’s historic buildings.