Taking on the challenge: Rebels, Catholic have district seeding at stake 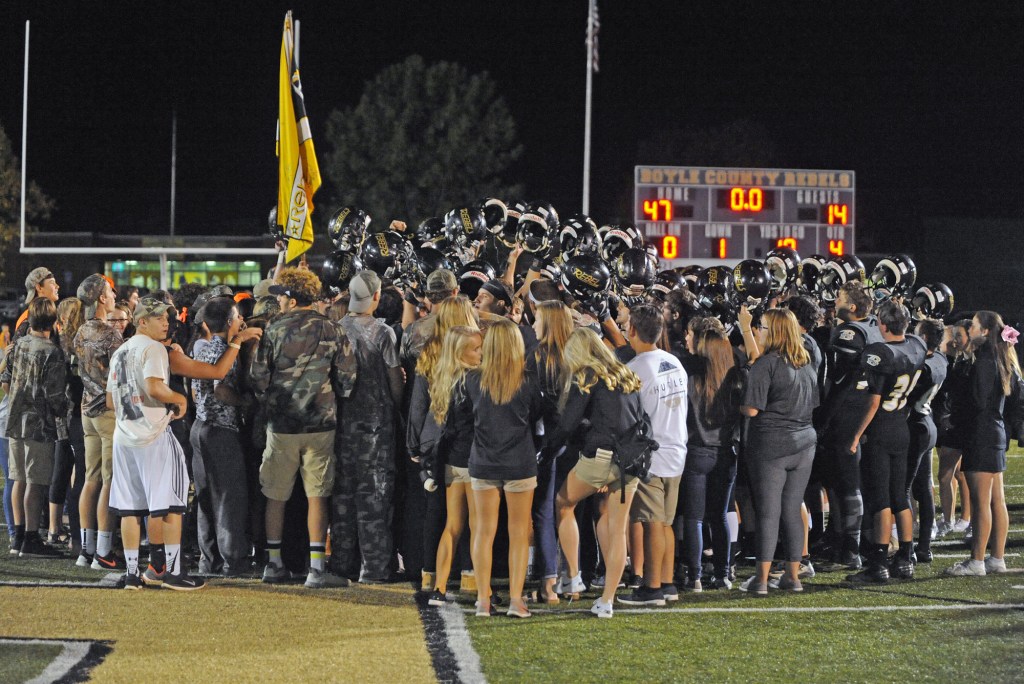 Two of central Kentucky’s perennial powers square off on Friday in Lexington.

It’s a similar script to previous years: Boyle County will play Lexington Catholic with major postseason implications on the line.

The teams might look different on paper than before: Boyle is 4-3, Lexington Catholic is 2-5. It’s the first time since 2007 that the two teams have had a combined losing record entering the game. But don’t let that fool you. Both teams are still ranked in the top 10 in the class, and both teams could make a deep run in the postseason.

Games coming down to the last drive of the game is something that these two teams are very familiar with: Seven of the last eight games played between the two have been decided by single digits. You’d have to go back to Boyle’s 2010 title-winning season to find a game that was decided by more than 11 points.

“That’s what we expect, and what we’ve got to do is dig down deep and find that extra, find a way to win and refuse to lose when the game is on the line,” Smith said.

Boyle has struggled to make that game-changing play with the game on the line, Smith said, particularly against Lexington Catholic. In each of the last two years, Boyle entered this game with an undefeated record and lost. Lexington Catholic beat Boyle twice in 2014, winning again in the postseason, 40-35.

The winner has an inside track to the No. 1 seed in the district, something that is not lost on the Rebels’ seniors — who haven’t seen a Boyle win in this series since they were freshmen.

“I know that’s something that they want to accomplish,” Smith said.” It would mean so much, home field advantage and all that other stuff. They really want to do it, there’s no question about it. They have practiced hard this week.”

Smith said we can expect to see more of the Rebels’ ABC backfield: Gunner Ashburn, Landen Bartleson and Tanner Crawford. The trio has combined for 189 carries, 1,191 yards and 20 touchdowns this season. Bartleson’s numbers are the lowest, but he had a breakout game last week against Garrard County, running 12 times for 122 yards and three touchdowns.

“All three are going to get playing time,” Smith said. “The thing about it, Landen and Gunner play both ways, so we’ve got to keep these guys fresh by giving them the opportunity to give them a break on offense and let somebody carry the load. They’re all three good in their own way.”

It will take all of the Boyle County offense to come away with a win at Lexington Catholic Friday. But Smith said his team understands the challenge and is ready to take it on.

“It’s a huge game,” he said. “They know. Their kids know and our kids know, this is really the biggest game of the year for us to this date because it dictates so much about what happens in the region and the district as far as seeding goes. The kids understand that and they know what they’ve got to do to win the game.”