Ads focused only on Middlesboro 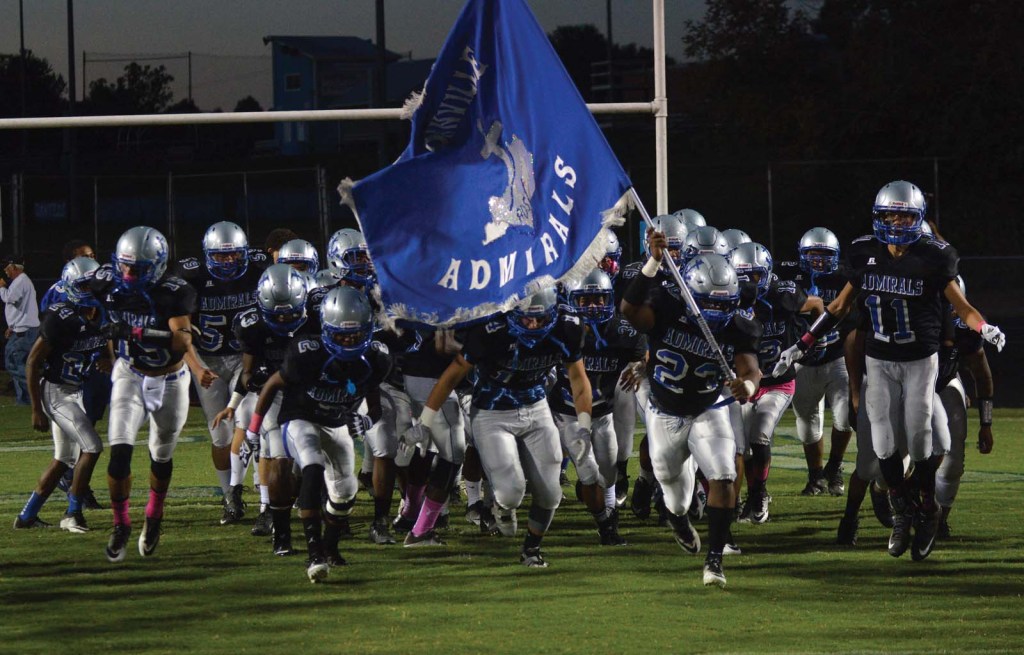 Clay Clevenger has a big sign on his desk which says, “It is what it is.”

No matter the challenges which face his Danville football team, if the players or coaches can’t control it, he heads back to that mantra. And so it is this weekend with the Admirals traveling nearly 180 minutes down to the far southeastern corner of the state for a district matchup with Middlesboro (1-6) at 7:30 p.m. tonight.

“You can’t control it,” the Ads coach said. “You try to make the most of it.”

The team will leave early from school and stop about midway to Middlesboro for their pregame meal. The biggest challenge will be keeping the players’ energy up and focused on the long bus ride.

“I don’t think it affects them,” he said. “Sixteen, 17-year olds, their body seems about half rubbery anyway. … You’ve got to get out, get your blood flowing and get ready to go once you get there.”

At least on paper, the Ads (6-1) shouldn’t have much trouble with the Yellow Jackets. Danville has won three straight games by a combined score of 129-13 and is holding opponents to an average of 135 yards per game.

Despite the opponent and the apparent ease with which they could win, Clevenger wants his players focused on the next game, whether it’s a one-win team or state-ranked LCA, which visits Admiral Stadium the following week.

“We constantly talk to our guys about the next opportunity,” Clevenger said. “You work hard 11 months out of the year and you only get 10 regular season games and however many you earn in the playoffs. You don’t want to give any of those nights back.”

The Yellow Jackets are split nearly 50/50 between rushing and passing yards, getting most of their yards off option plays. Isiah Williams, a 5-foot-10, 185-pound sophomore, leads the team with 70 rushing yards per game, but quarterback Ethan Ellison adds 38 yards on the ground and 122 yards through the air.

Middlesboro will be the rare option team on Danville’s schedule, and defending that play can cause problems for many defenses if they’re not disciplined.

“That’s something that if you’re not disciplined on defense, you’re not doing what you’re supposed to do key-wise, they can break big plays on you,” Clevenger said.

It hasn’t been only the Ads defense which has picked up its game since losing to Corbin heading into the bye week. In the three games since, Donlevy Harris has rushed for six touchdowns and 441 yards, averaging 12.6 yards per carry. It’s been a blessing for a team which had to replace starters at running back and across the offensive line.

Clevenger said his biggest concern right now is getting the underclassmen to realize what this season could hold and to focus on each week. Even if it is a seemingly easy win.

“We don’t have a lot of seniors, so that sense of urgency sometimes, you don’t have it from sophomores and juniors,” Clevenger said. “They’re not looking at their playing career winding down and so making them understand they’ve got a good opportunity this year to do something special and you don’t always get those opportunities, you can’t think we’ll do this next year, let’s take advantage of the opportunities in front of us, right now.”