Singer RaeLynn will be performing at 7:30 p.m. Thursday, Oct. 20, at the Lancaster Grand Theatre.

RaeLynn recently announced she will be hitting the road with country music  star Blake Shelton this fall. 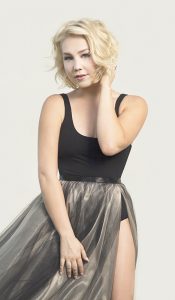 As a Type 1 diabetic, RaeLynn recently partnered with Novo Nordisk, a world leader in diabetes care, as a spokesperson for their Patient Ambassador Education Program.

She is currently in the studio with producers Jimmy Robbins and Nicolle Galyon working on her debut full length album.

She received her first-ever Academy of Country Music Award nomination for New Female Vocalist of the Year in 2016.