DHS: Dig Your Roots into this album

Brian Kelley and Tyler Hubbard, known as Florida Georgia Line, took the country by storm with their first single, “Cruise,” released in 2012. The band went on to perform in sold out shows all around the country. Their first single (“H.O.L.Y.”) from the new “Dig Your Roots” album hit number one within its first day on iTunes.

“H.O.L.Y.” represents the loss of an old love and finding love and happiness from a new person. The acronym stands for High On Loving You. Another standout song on this album is “Grow Old,” which is about finding the person you want to be with for the rest of your life. The lyrics say, “promise you’re gonna stay long enough to grow old with me.” In this song, Florida Georgia Line sings about buying a house, having kids, watching the kids grow up and get married, and much more. “May We All,” featuring Tim McGraw, is a song about growing up in a small town where everyone knows everyone and leaving part of yourself in your hometown.

When I first heard the name of this album I thought it would have a calmer sound compared to what they usually sing. In past albums, they have had “party” songs with a mixture of songs about heartbreak. With this album, I thought they would sing about lessons learned and growing up, but instead it’s a mixture of everything. They sing about first loves (“Grow Old”), having fun in the summer (“Summerland”), how music can help people (“Music is Healing”), and a girl loving a bad boy (“Good Girl, Bad Boy”).

I’d personally prefer them singing slower songs on every album (that’s why I give this CD 4 out of 5 anchors), but I can deal with a mixture. So get out there and Dig Your Roots into this new album. 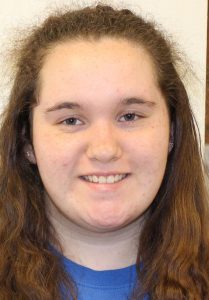