Three counties were formed in the late 1770s from Kentucky County, Virginia, to become a new state — Kentucky.

Lincoln, Fayette and Jefferson counties were organized in May 1780 to form the new state as pioneers became moving westward into the wilderness.

The counties were separated and marked until 1792 from Virginia to create the Commonwealth of Kentucky.

The original counties met in what became is now Frankfort where Benson Creek flows into Kentucky River.

A marker in the Kentucky River View Park on Wilkerson Boulevard, marks the point where the three counties come together under an iron bridge across Benson Creek.

The three counties got their names from early military officers. 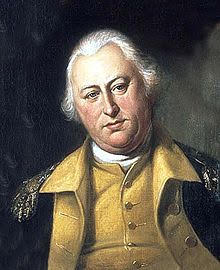 The county’s original seat was Harrodsburg before that part of Lincoln County became Mercer County in 1785. Stanford became the county seat of Lincoln.

Benjamin Lincoln, a native of Massachusetts was a major general in the Continental Army during the American Revolutionary War.

He was in the Battles of Saratoga, contributed to John Burgoyne’s surrender of a British army, and oversaw the largest American surrender of the war at the 1780 Siege of Charleston. Lincoln was General George Washington’s second in command and formally accepted the British surrender at Yorktown.

Fayette County got its name from the Marquis de Lafayette of France, who came to American to join the rebelling English Colonies during the American Revolutionary War.

The Marquis de Lafayette (1757-1834) was often known at “Lafayette” in the United States. He was a French aristocrat and military officer in the Revolutionary War.

He and Gen. George Washington, Alexander Hamilton and Thomas Jefferson were close friends. 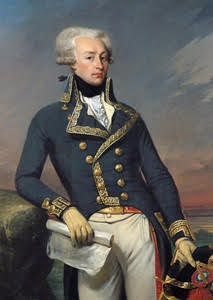 Jefferson County was named for Thomas Jefferson (1743-1826) who was governor of Virginia at the time, and later became second vice president under President John Adams.

He also was known as An American Founding Father and principal author of the Declaration of Independence.

He also founded the University of Virginia after he retired from public office. 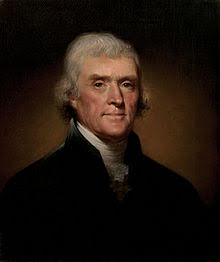 (Information for this article was taken from Wikipedia)