He attended Danville High School and loved playing basketball. He was a very loving person and loved to make people laugh. He loved dogs, four wheeling, and playing on the water. 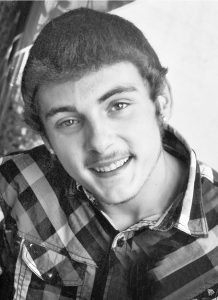 He was preceded in death by his mother, and grandparents Gene Cline, and Verna and Cecil Bugg.

In lieu of flowers the family suggests donations to the Cline Family in care of Stith Funeral Home. An online guestbook is available at www.stithfuneralhome.net.