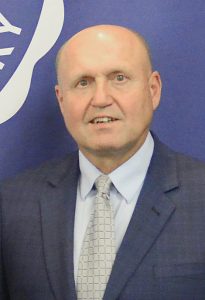 J. Paul Long, class of 1975 of Stanford, received the Distinguished Alumnus Award. Long was a student at Lindsey Wilson College from 1973-75. During that time he served as president of student government, he was nominated as Mr. Lindsey Wilson and he was on the men’s basketball team.

He went on to earn a bachelor’s degree from Eastern Kentucky University in 1977. In 1980, he received a Juris Doctor (J.D.) degree from University of Kentucky College of Law.

Mr. Long has a rich history that spans more than 40 years with Lindsey Wilson College. His mother, Bettye M. Long taught education courses at LWC during the 1980s. His son, Jared, is a 2011 graduate.

Long has a passion for the Lindsey Wilson mission and its students and has been an avid supporter since he graduated in 1975. He and his wife, Carol, have established an endowed scholarship in honor of his parents, James P. and Bettye M. Long. The scholarship is designated to support junior and senior education students from Lincoln County.

Third-graders in Crystal Coleman’s classroom have won the Winner’s Circle Award at Paint Lick Elementary School. The students have the highest attendance for the month of September. Their monthly average attendance was 98.53 percent. Congratulations to these students for their exemplary attendance! 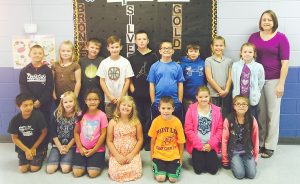 WILLIAMSBURG — University of the Cumberlands (UC) crowned a new Homecoming King and Queen during the Patriot’s football game against Lindsey Wilson College on Oct. 8. 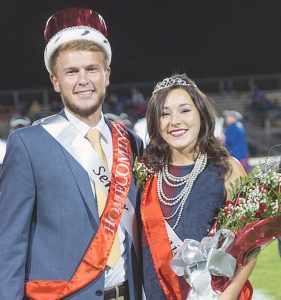 Logan Smith, the Homecoming King, is from Danville. He is an elementary education major and the son of Craig and Cathy Smith.

Maggie Ballou, the Homecoming Queen, is an elementary and special education major at UC. She is the daughter of Jamie and David Ballou of Corbin.

Success is a habit at Perryville Elementary School. Star Wars character, R2-D2, delivered test scores to Principal Chris Slone, students, and teachers at Perryville Elementary on October 5, 2016. The school earned a Distinguished rating placing it in the top 10 percent of elementary schools in Kentucky. PES is one of only a handful of schools in the state which have earned the Distinguished rating for five consecutive years under the KPREP system. This year PES led the Boyle County district in both achievement and growth. 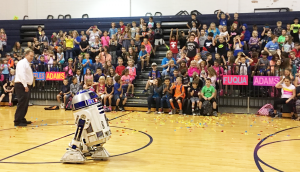 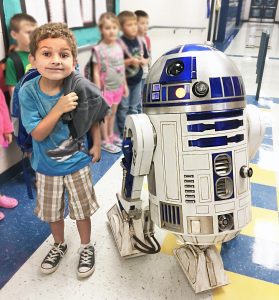 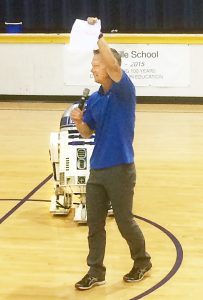