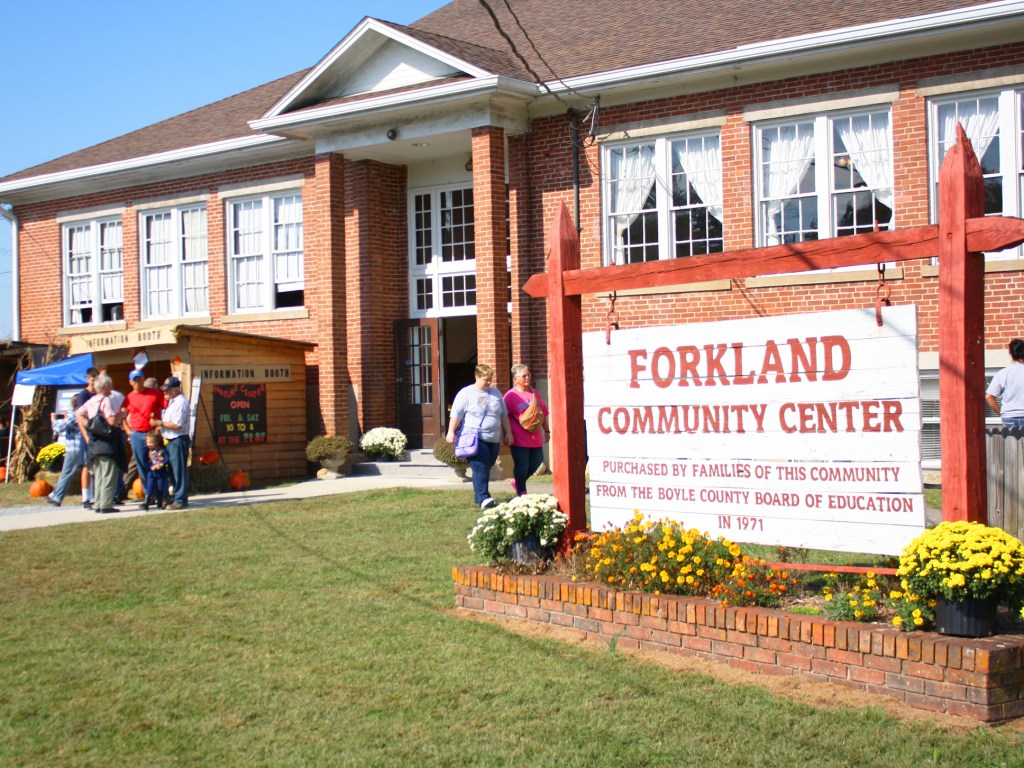 Forkland hosted their Heritage and Revue Festival for the 45th year this weekend at the Forkland Community Center.

This year, the festival had 46 booths around the community center, along with several booths inside the school house.

One booth that was new this year was Sugar Grove Pottery. Owner Paul Muth was invited to sell his pottery and do some pottery demonstrations, which he did with his son Joseph Muth.

“I’ve always enjoyed the Forkland Festival, but this is the first time we’ve set up a booth,” Muth said.

He said it has been a very positive experience for him and there was a nice crowd of people at the festival.

Along with the booths, there was a stage with live music, live history skits, the Lincoln Museum, a corn maze, a dinner theater and several other activities. New this year to the festival was an old farm equipment museum.

The festival brings in hundreds of people every year, and according to Louis Ewbank, who has been involved in the festival for 45 years. He said people come from everywhere.

“There are a lot of families here, as a lot of people come here for a family reunion,” he said.

In order to be involved in the festival and have a booth, you have to have been born in the community, currently live in Forkland or have family in Forkland, Ewbank said.

Ewbank is married to an Ellis, which is a well-known name in the Forkland community.

“People have a good time here,” he said. “It’s been a really successful festival.”

Joseph Muth from Sugar Grove Pottery did some pottery demonstrations at the Forkland Festival.

Joseph Muth from Sugar Grove Pottery did some pottery demonstrations at the Forkland Festival.

Rhygam Reign performed at the Forkland Festival this weekend.